We've made it past the coldest point of the year!

SOUTH BEND, Ind. -- January 22nd may not sound significant to you. But it is most definitely significant in the world of weather here in Michiana.

That's because it's the day when our average daily temperatures begin to rise. 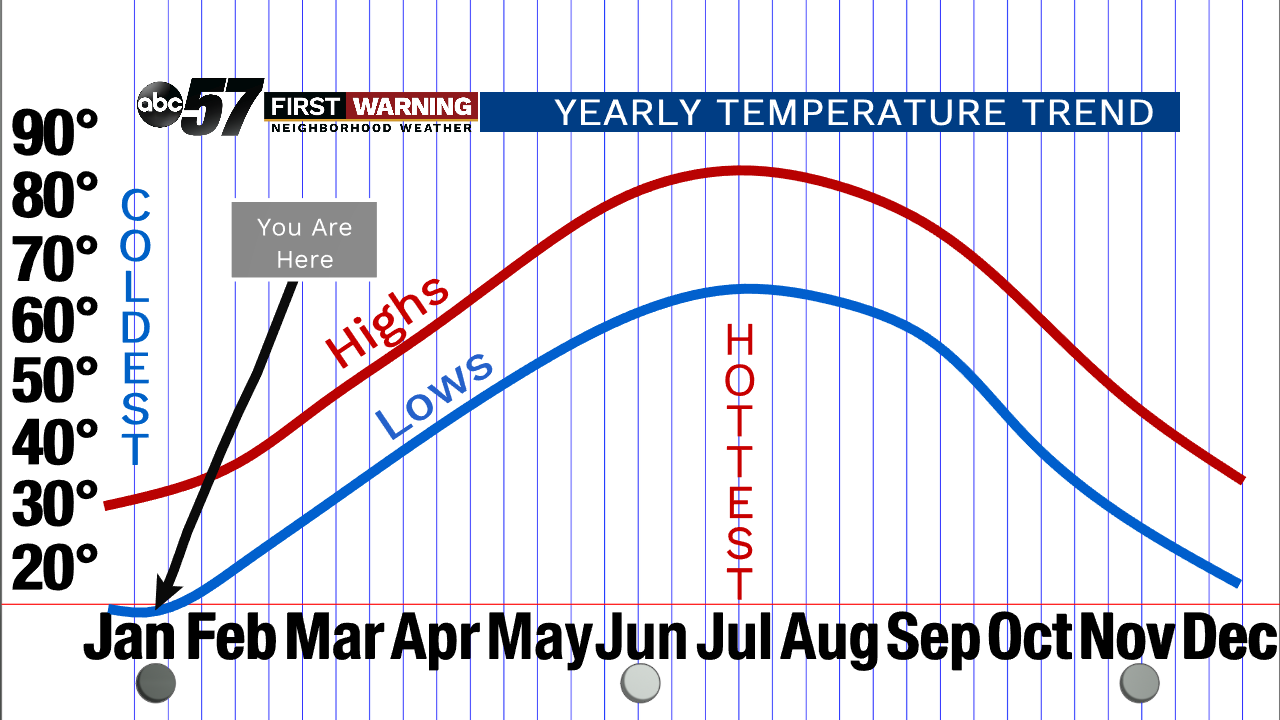 In other words, we're now heading up in the temperature department thru July, which is our average hottest month of the year. 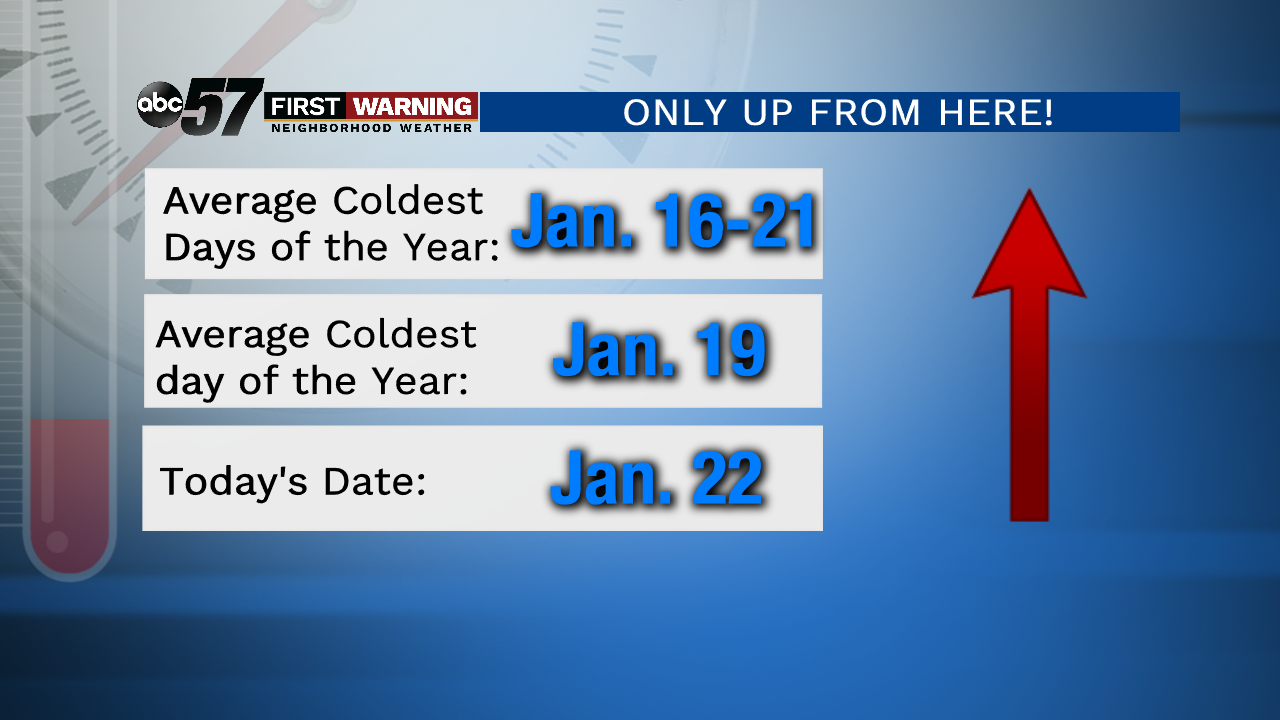 This, of course, doesn't necessarily mean we won't have cold -- or even bitterly cold -- weather in February, March or April.

That's a very real possibility in any given year as we're all aware.

Rather, this just means we've hit the point in the year when we are usually the coldest, and now we are heading up the temperature hill for the next six months!