What does the head of the DNC do, and who else is running? 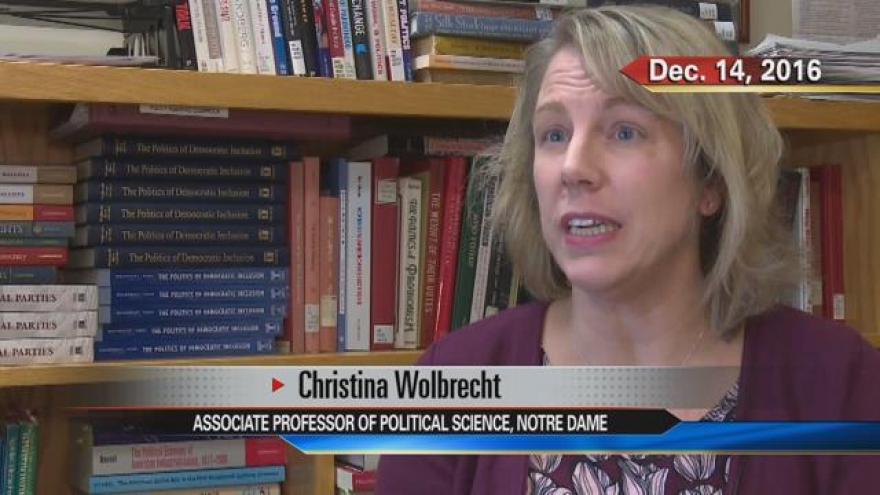 Now that South Bend Mayor Pete Buttigieg is running for the chair of the Democratic National Committee, ABC57 wanted to find out what the chair does and who else is in the running.

The DNC chair will be selected at the committee's meeting in Atlanta in late February.

ABC57 spoke with Christina Wolbrecht, Associate Professor of Political Science at the University of Notre Dame, last month about what the DNC chair does.

"The DNC chair has an opportunity to sort of shape the image of the party for the nation," Wolbrecht said.

Wolbrecht says the job is high-profile and can help boost the career of a politician.

"Even being considered for a position like this just sort of makes more people on the national stage aware of who you are, of the positions that you have, of the experience that you offer, of the voice that you might be able to represent," Wolbrecht said.

Wolbrecht says it can also be very challenging.

There are six declared candidates for the position, including Buttigieg.

Representative Keith Ellison of Minnesota is considered the front runner. More than 40 democrats have endorsed him including Bernie Sanders and Elizabeth Warren.

If elected, Ellison would be the first Muslim to lead the DNC.