What is a "bomb cyclone"?

NOW: What is a “bomb cyclone“?

The Northeast is still quickly trying to recover from a massive, strong storm that pummeled the region last weekend. Wind gusts were very strong for most of the weekend as downed trees and power lines were reported from the Carolinas to Maine. Coastal flooding became a problem as well, drowning several coastal cities under feet of salty floodwater. However, this particular type of storm is somewhat common in wintertime for that area and it's called a Nor'easter. But, an interesting aspect that gives the storm its name is its rapid intensification. Some Nor'easters can even become a "bomb cyclone". 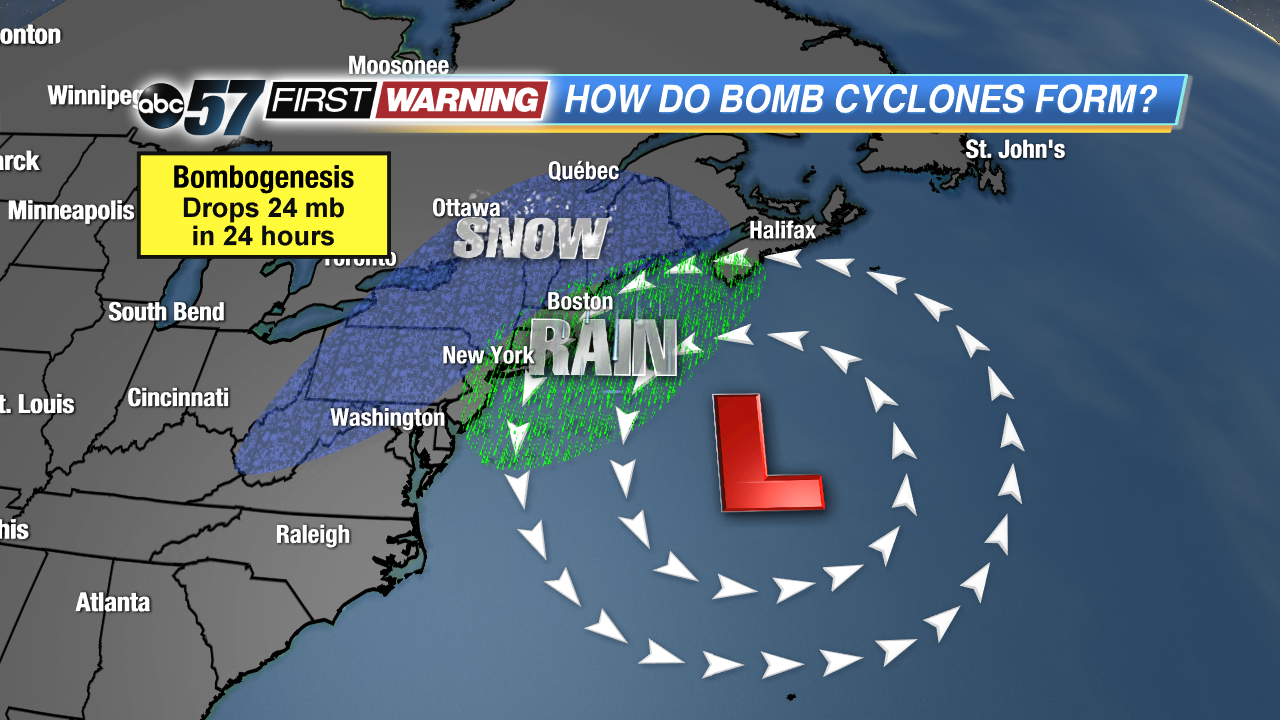 A "bomb cyclone" describes a storm that grows very quickly, dropping 24 millibars or more in just 24 hours. These storms typically strengthen so fast because they tap into the warm waters of the Gulf Stream. Cold air from Canada spilling down towards the storm gives it the cold air it needs to support snowfall. Winds kick way up as well thanks to the growth, adding coastal flooding to the mix as well. Unfortunately, it looks like another one is on the horizon, bringing more heavy rain and snow and strong wind gusts by Wednesday and Thursday. 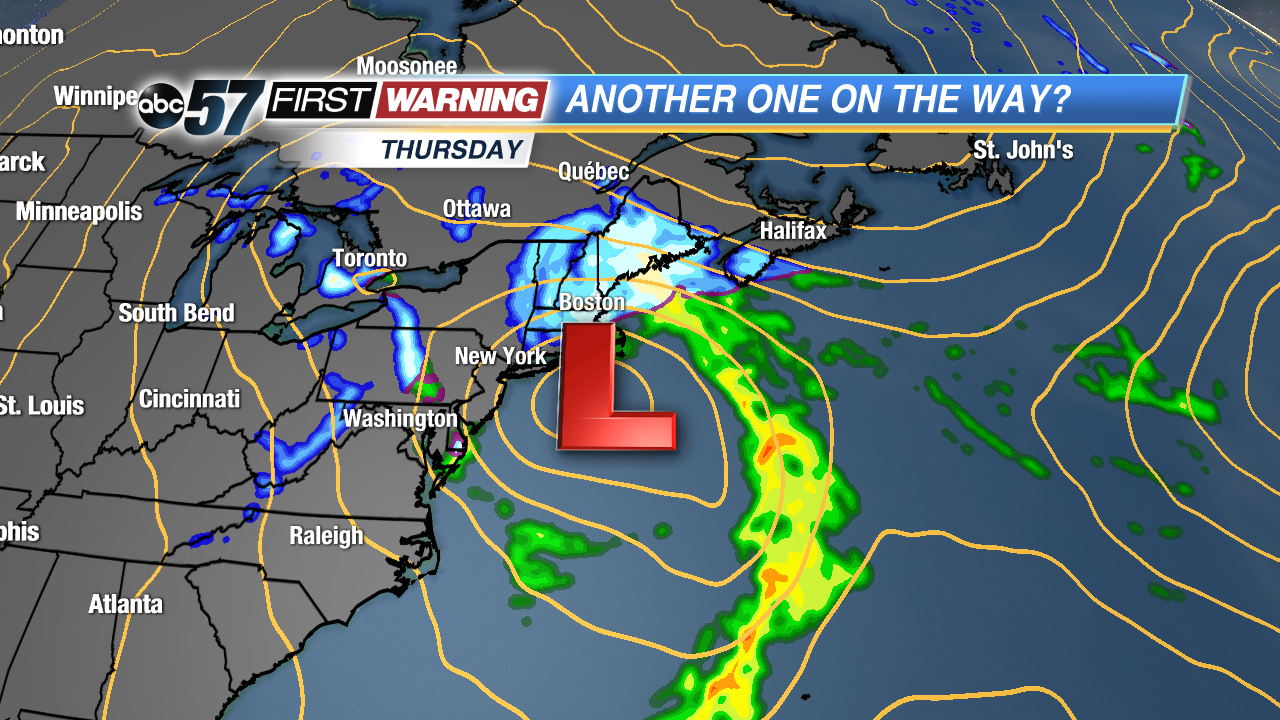 Another Nor'easter could be on its way for areas that were just hit with the last storm over the weekend.

With storms like these, it's easy to find hype or crazy forecasts on social media. Be sure to watch out for terms like "Superstorm", "Windmageddon", or "Snowpocalypse". These terms are only used to create panic and chaos and they're usually accompanied by fake or wildly incorrect forecasts.