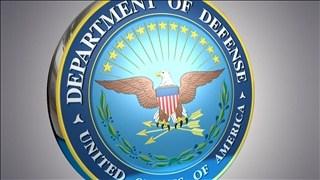 The Department of Defense raised the level of security conditions at U.S. military bases Thursday night to "Bravo," because of the growing concern of a terrorist threats in the United States.

But what does the "Bravo" level specifically mean?

The Force Protection Condition, or FPCON, is a threat level system that is overseen and decided by the Department of Defense. It has various levels that show security concern in the country. According to the list, the Antiterrorism Program "provides guidance and establishes standards for implementing the levels" in the Department of Defense. Local commanders decide which level is appropriate.

The document also states that level "Bravo" means there is information that suggests probable violence in the United States, and there must be extra precaution to deter terrorist planning.

Another government document states "Bravo" is a medium threat level that means there is an increased or more predictable threat level of terrorist activity.

The change could mean more checks of vehicles entering military bases and identity checks of all personnel.

The level change comes after FBI Director James Comey made comments about Elton Simpson, one of the two Texas attackers of the Prophet Muhammad exhibit in Garland, Texas who was killed Sunday by a guard when they opened fire.

"I know there are other Elton Simpsons out there," Comey said, adding that the FBI has hundreds of investigations in the U.S. of possible extremists influenced by known ISIS recruiters.