What to know about Trump's visa and refugee restrictions 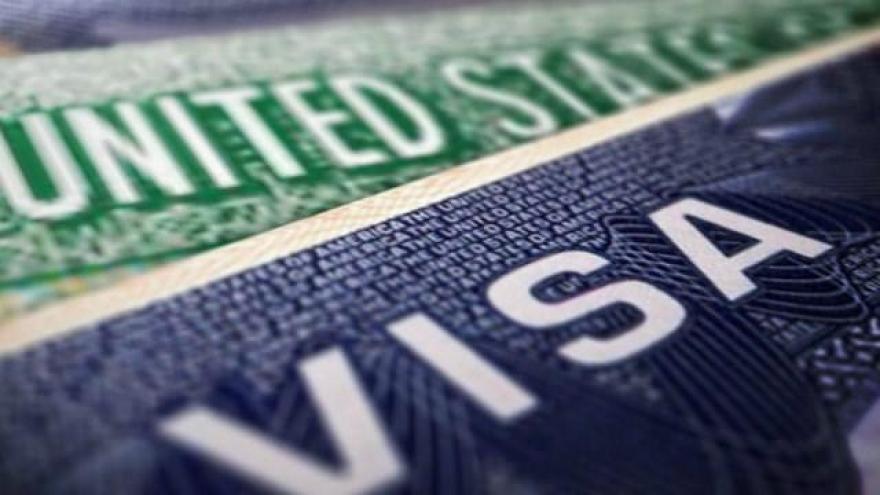 (CNN) -- President Donald Trump's road to the White House was paved in part with hard-line promises such as building a "great, great wall" along the US-Mexico border and outright banning immigration from any nations "compromised by terrorism."

After a week in office, Trump has sought to make these dramatic steps the pillars of his national security policy, scrawling his signature on executive orders aimed at reshaping immigration across the United States.

Here's what you need to know about the latest controversial actions.

What immigration restrictions are under consideration?

An executive order signed by Trump on Friday bans all people from certain terrorism-prone countries from entering the United States for 90 days. The text of the order doesn't name the countries, but a White House official said they are Iran, Iraq, Syria, Sudan, Libya, Yemen and Somalia.

The same order also suspends the US Refugee Admissions Program for 120 days until it is reinstated for nationals of countries that Trump's Cabinet believes can be properly vetted.

The total number of refugees admitted into the United States will be capped during the 2017 fiscal year at 50,000, down more than half from the current level of 110,000.

During his campaign, Trump vowed to ban Muslim immigrants from countries with a "proven history" of terrorism against the United States or its allies.

Friday's executive order gives the Department of Homeland Security leeway to prioritize refugee claims "on the basis of religious based persecution" as long as the person applying for refugee status is "a minority religion in the individual's country of nationality."

That would make it easier for Christians and other religious minorities in majority-Muslim countries to enter the United States than it would for Muslims in general.

"We strongly believe that refugees should receive equal treatment for protection and assistance, and opportunities for resettlement, regardless of their religion, nationality or race," the International Organization for Migration and the U.N. refugee agency said in a joint statement.

What's the reaction to his plan?

Abed A. Ayoub, legal and policy director of the American-Arab Anti-Discrimination Committee, said Trump's actions were "tantamount to a Muslim ban."

"In our view, these actions taken by Trump and this administration have nothing to do with national security," he said. "They're based off Islamophobia, they're based off of xenophobia, and we cannot allow that to continue."

"This is a Muslim ban," Cox said. "It doesn't say that in those words, but those seven countries are Muslim-majority."

The National Iranian American Council, for instance, pointed out that all seven nations have Muslim-majority populations.

"We agree with the goal of making America safe from terror, but a blanket ban based on national origin does nothing to achieve that objective," the council's statement said.

How many people come to the US from countries Trump is targeting?

In the last fiscal year, 43% of refugees admitted into the United States came from the seven countries that could be affected by restrictions, according to data from the Refugee Processing Center.

The Obama administration had pushed to resettle at least 10,000 Syrian refugees in the United States as part of humanitarian efforts in 2016.

Are other types of visas available?

What do critics of the resettlement effort say?

The issue is a major domestic political flashpoint. Critics like Trump and several Republican governors have expressed concern about the potential for ISIS or other terrorist groups to exploit refugee flows to reach the West.

Hours after Trump signed the executive orders, the Council on American-Islamic Relations (CAIR) announced it will mount a federal lawsuit challenging the constitutionality of the order.

CAIR said more than 20 plaintiffs have joined the suit, the details of which will be announced Monday.

"The courts must do what President Trump will not -- ensure that our government refrains from segregating people based on their faith," said Gadeir Abbas, co-counsel on CAIR's lawsuit.

Still, the Immigration and Nationality Act grants broad-ranging powers to the President:

This suggests Trump has a lot of leeway.

But another section of the law, which was passed in 1965 during the Civil Rights movement, states that "no person shall receive any preference or priority or be discriminated against in the issuance of an immigrant visa because of the person's race, sex, nationality, place of birth, or place of residence."

In an analysis piece, David Bier, an immigration policy analyst at the Cato Institute, wrote that such protection extends to green card holders and may not extend to non-immigrants such as refugees, asylum seekers, guest workers, tourists and temporary visitors.

What will be some effects of these actions?

Melanie Nezer, vice president for policy and advocacy at HIAS, a Jewish nonprofit, said Trump's actions could be devastating for refugees. "People will literally, if this goes through, not be allowed to get on planes, or arrive in the US and be told they have to go back," she said.

She said she wonders whether refugees who have already been approved for travel to the United States will have their papers revoked.

"So maybe they've given up their housing," Nezer said. "Maybe they're waiting at the airport and everything has been sold."

Said Cox, "It could have real consequences for individuals who have been issued visas and are making their way to the United States right now. They could conceivably be denied entry at airports or at the border."

Is there precedent for this?

However, banning people from specific countries is new.

"I'm not aware of any prior such edict from the president saying that people from a particular country aren't permitted to be admitted as refugees," Cox said.