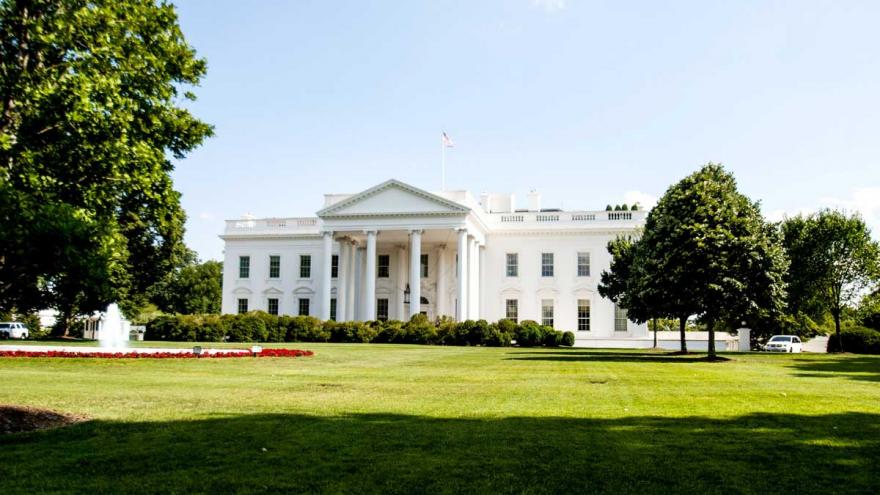 By Jill Disis and Cristina Alesci

NEW YORK (CNNMoney) -- The Trump administration has stacked its ranks with former lobbyists and corporate executives -- several of whom have been allowed to work with former clients or on issues they used to work on.

The White House has made public 14 ethics waivers granted to administration officials, ending a weekslong battle with the federal ethics watchdog agency.

Ethics experts say the waivers undermine Trump's own promise to impose restrictions on former lobbyists who enter government -- or, in the president's words, to "drain the swamp."

"The waivers make it easier for these officials to continue to serve the business interests they previously represented," said Larry Noble, general counsel for the Campaign Legal Center, a nonprofit, nonpartisan ethics watchdog organization.

The White House said in a statement: "The White House takes seriously appointees' obligations to resign, recuse and divest where required and to avoid conflicts from former places of employment and financial interests. Those who received waivers are in compliance with their ethical obligations."

The release of the documents on Wednesday night marked the end of a standoff between the administration and the Office of Government Ethics. Ethics director Walter Shaub called the release a "good development."

He later said, however, that he was concerned that one of the waivers was granted retroactively.

Outside ethics experts also spotlighted concerns. Trump signed an executive order in January that prohibited the White House staff from participating in any matter directly related to their former employers or clients for two years.

The waivers remove those restrictions for certain White House officials.

For example, domestic and environmental policy adviser Michael Catanzaro is allowed to weigh in on issues related to clean power, methane regulations and renewable fuel. Last year, he was a registered lobbyist who counted an energy company as a client and worked on EPA regulations related to methane emissions.

Senior adviser Kellyanne Conway is allowed by a waiver to meet with "former clients which are political, advocacy, trade, or non-profit organizations." In the past, she has represented various pro-life groups, the National Rifle Association and Citizens United, the conservative nonprofit.

Another waiver allows all employees in the president's executive office to talk and meet with news organizations about "broad policy matters." While the waiver is undated, it says it was made retroactive to Trump's first day in office.

The terms of what waiver seem to apply to aides like chief strategist Steve Bannon, who was the executive chairman of the far-right website Breitbart News until he joined Trump's campaign last fall.

Noble said Bannon still wouldn't be allowed to talk to Breitbart about specific issues. For example, he couldn't advise them about a request they make for documents.

But it would allow Bannon to discuss general rules regarding press access to documents.

Shaub, the ethics director, told CNNMoney that there is "no such thing as a retroactive waiver."

"If you engage in prohibited conduct without a waiver, you've violated a rule," he said Thursday. "Issuing a waiver after the fact won't change that. It¹s unclear whether a violation of any sort has occurred, but it's also unclear why a waiver would purport to be retroactive."

The Trump administration has issued about the same number of waivers during its first five months as were issued during the same time period in President Barack Obama's first term.

But experts point out that Trump's rules on former lobbyists were already more relaxed than what existed during Obama's tenure. The Obama administration banned all former lobbyists, meaning anyone in that line of work would have needed a waiver regardless of what they did for the government.

Citizens for Responsibility and Ethics in Washington, a government watchdog group that has sued the Trump administration over other constitutional concerns, criticized the breadth of the Trump waivers.

The group argued Thursday that the Obama administration only granted a waiver when it was "determined to be in the public interest" because of national security or economic concerns.