What's next for Councilman Davis after his arrest? 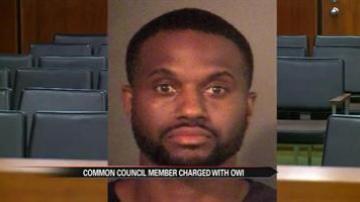 SOUTH BEND, Ind. -- South Bend Common Council member Henry Davis Jr was arrested over the weekend for allegedly operating a vehicle while intoxicated. The councilman has been in the news a lot lately and many wonder what's next for Davis.

According to the probable cause affidavit, an officer pulled over Davis because he was driving the wrong way on the US20 Bypass.

After the traffic stop, the officer asked Davis to perform sobriety tests. According to the probable cause affidavit, Davis failed all of them.

Some constituents said they want Davis removed from office, but because he was only charged with two misdemeanors, that's unlikely.

"There's no immediate removal from office if someone is convicted of a misdemeanor," said Barnes.

What do Davis' constituents think?

"I don't want him to go," said Margaret Thomas.

"Him being drunk, that's a nonfactor. Okay? He was drunk. It was a Friday night, people get drunk on Friday night," said Antonio Page.

Louis Fleming says this case is nothing new.

"I don't condone the actions of Henry Davis. Personally I think it's very unprofessional, but there are others who have been in politics that have done far worse and it should take its course like it has with other politicians," said Fleming.

Davis is due in court on August 11th. Until then, he will continue to hold his seat and collect a paycheck.

Davis Jr said he's not up for re-election until May of 2015. He said we needed to contact his attorney for further comment. We contacted his attorney and are waiting to hear back.