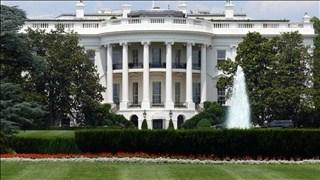 A discussion on violent extremism was held Wednesday at the White House.

President Obama was hoping to focus on the need to fight and the reasons people are drawn to join violent extremist movements.

Homeland Security Secretary Jeh Johnson says it is critical for President Obama and Congress to continue funding his department.

Johnson says Homeland Security needs new funding so it can evolve to launch initiatives to deal with new threats.

On Monday, House and Senate lawmakers return from recess to continue the funding debate.