White van may be new evidence in Indy explosion 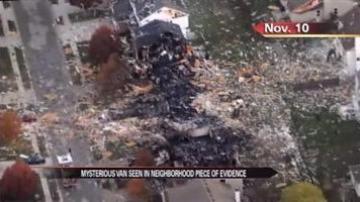 INDIANAPOLIS. -- The police have new leads in the deadly Indy home explosion that has become a homicide investigation.

Now the man who once lived in the home admits he owns a similar vehicle.

The man is Mark Leonard and he lived there three weeks before the explosion.

Days after the blast police seized a white van that was found at a motel where Leonard worked and that he immediately disappeared from his worksite following the explosion.

Two people were killed and several homes were leveled in the Nov. 10 blast.