Why is Zika spreading so quickly in Singapore? 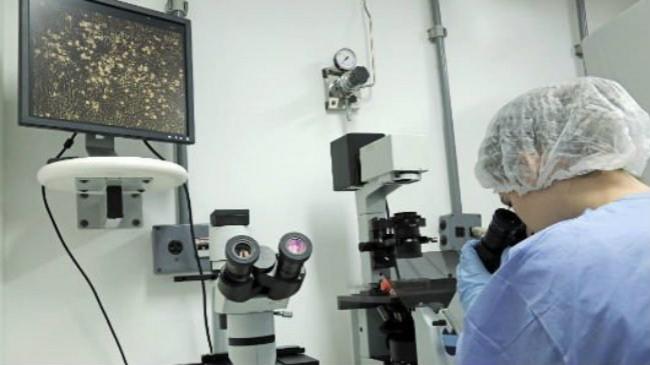 HONG KONG (CNN) -- The Zika virus is on a rampage in Singapore, with 151 locally-transmitted cases -- including two pregnant woman -- confirmed Thursday by the country's Ministry of Health (MOH).

But why is Zika spreading so fast in the city state?

"The proportion of our population that are immune to the Zika virus is likely to be low in Singapore and if you don't have the immunity to provide the roadblocks, then it's likely that the virus will spread fast," Eng Eong Ooi, the deputy director of the Emerging Infectious Disease program at Duke-NUS Medical School in Singapore, told CNN.

As of Wednesday, 57 reported cases are among foreign construction workers based in the residential Aljunied Crescent neighborhood in Singapore. Though cases were limited to this area on Monday, by late Tuesday the MOH reported 26 new cases that showed how the Zika virus had spread to nearby residential areas. On Wednesday, the MOH said that the new confirmed cases were from the Aljunied and Sims Drive neighborhoods as well as the Kallang Way and Payar Lebar areas.

All confirmed cases have been admitted to hospitals where they will stay until they have tested negative for the virus.

On Thursday, Malaysia's Ministry of Health also confirmed its first case of Zika infection in a 58-year-old woman, who had visited her daughter in Singapore on August 19 and returned to Malaysia on August 21.

While Malaysia and Indonesia announced they would be implementing additional passenger screening procedures at its airports, foreign ministries in the US, Australia, Taiwan and South Korea have all issued alerts, advising pregnant women against traveling to Singapore.

Singapore is known to suffer widely from dengue virus, a mosquito-borne tropical disease that triggers high fevers, headaches, vomiting and skin rashes in those infected.

Ooi explained that the Zika virus' rapid spread in Singapore was likely down to its similarities with the dengue virus.

"Zika is very closely related to dengue. It has all the genetic traits that would allow it to spread where dengue thrives -- the virus can infect and spread through the same Aedes aegypti mosquitoes that spread dengue virus," said Ooi.

With its 5.7 million-strong population packed mostly in crowded urban areas, containing Zika's spread in Singapore is a challenge.

"In Singapore, many people live in densely packed apartment blocks so it's easy for high numbers of people to get infected even if there are only a few mosquitoes flying around," explained Ooi.

As of August 29, Singapore's MOH had screened roughly 5,000 premises out of an estimated 6,000 in the Aljunied Crescent neighborhood to check for mosquito breeding grounds. So far, the agency has detected and destroyed 39 breeding habitats.

The MOH is also urging local residents to play an active role in stopping Zika's spread by distributing information leaflets and advising residents to apply repellent as a precaution.

"We must work and plan on the basis that there is Zika transmission in other parts of Singapore and extend our vector control efforts beyond the current affected areas," said Yong, in a statement.

Jasper Fuk-Woo Chan, an infectious disease specialist and assistant professor at the University of Hong Kong, supported the MOH's efforts to reduce Zika's spread in Singapore.

He added, however, that it would take several weeks to grasp the extent of the outbreak. In the meantime, efforts to curb Zika's spread in the city state, he said, hinged on all citizens using insect repellent and making sure there were no potential mosquito breeding areas around their residential areas.

'Repellents are flying off the shelves'

In a joint statement released Wednesday, Singapore's MOH and the the Clinical Advisory Group (CAG) advised all pregnant women with symptoms of Zika, or with Zika-positive male partners to be tested for the infection.

But not every woman is letting the recent outbreak get to them.

"I'm conscious that I have to be more careful now," Su San, a 30-year-old mother trying for a second child, told CNN. "I'm applying ointments so that I don't get bitten, but I haven't put my plans to have another child on hold."

Rather than locking herself indoors, San said she would avoid areas like parks where mosquitoes were likely to be, and spend recreational time in libraries and museums instead.

For others, the Zika outbreak in Singapore has become an unlikely boon.

Khng initially manufactured his product to combat mosquitoes carrying the dengue virus, but admitted that the recent Zika scare had boosted sales.

"People who have used the products before have been buying in bulk for others," said Khng. "The repellents are flying off the shelves."

Georgia McCafferty and Sandi Sidhu contributed to this report from Hong Kong.