Why there will never be another hurricane named Harvey, Irma, Maria or Nate 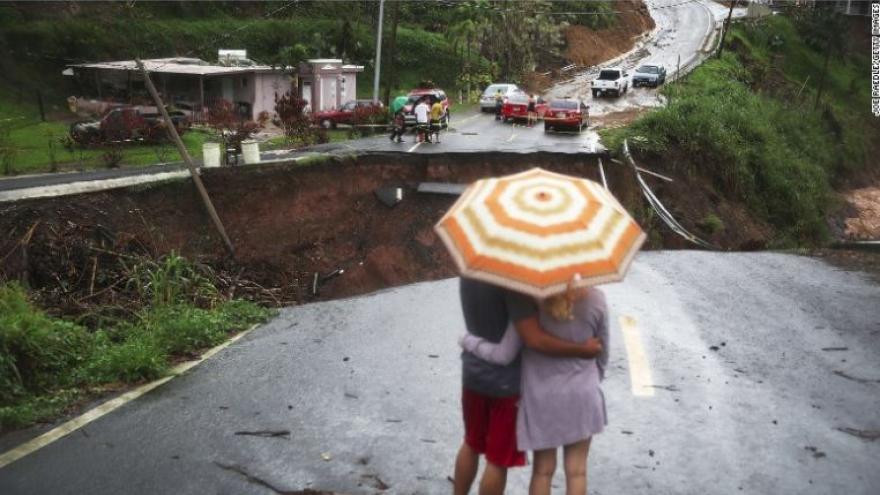 (CNN) -- Harvey, Irma, Maria and Nate: These four names will never be forgotten in the Caribbean and the Gulf Coast after the devastating hurricane season of 2017.

But when it comes to new hurricanes, you'll never hear them again.

The names of the four hurricanes were retired Thursday by the World Meteorological Organization, the agency which names storms in different ocean basins around the world.

The practice of naming tropical cyclones began in the 1950s to help warning messages quickly identify of storms, because names are considered easier to remember than numbers or technical terms.

In the Atlantic and Eastern Pacific Oceans, tropical storms and hurricanes are named using an alphabetical list that rotates on a six-year cycle.

Storm names are retired "if they were so deadly or destructive that the future use of the name would be insensitive," according to the National Oceanic and Atmospheric Administration (NOAA).

There have been 86 names retired from the Atlantic basin since storms began receiving names in 1953.

When the 2017 list of names returns for the 2023 hurricane season, Harvey, Irma, Maria and Nate will be replaced with Harold, Idalia, Margot and Nigel.

Four retired hurricane names in one season is remarkable, but not a record.

The first named storm of the 2018 Atlantic Hurricane season will be Alberto. The list of names is the same as the list from 2012 with one notable exception.

"Sara" will debut on the list of storm names this year, having replaced Sandy, which was retired after the notable 2012 superstorm that pummeled New Jersey and New York.

Early forecasts say that 2018 could be yet another busy hurricane season. But only time will tell if any of the year's named storms will join this infamous list of devastating hurricanes.