Why Trump discouraging officers from being 'too nice' matters in Baltimore 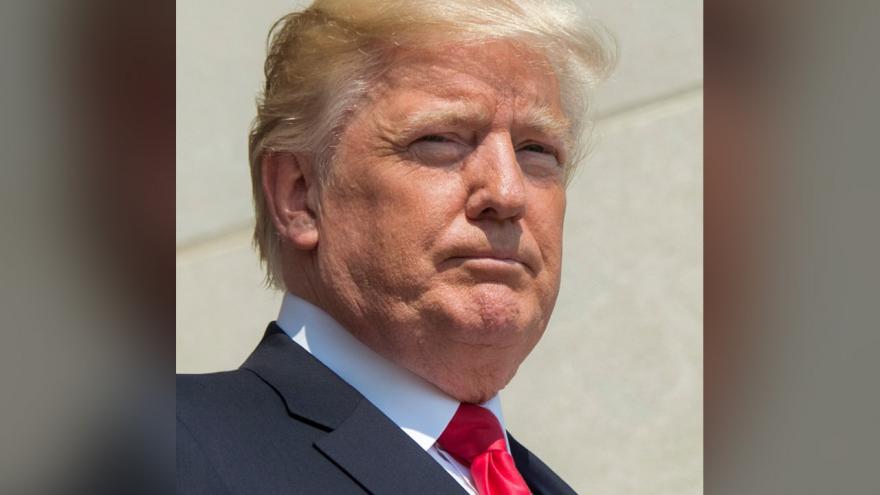 BALTIMORE (CNN) -- President Donald Trump on Friday openly encouraged police to be tougher with crime subjects as they're being arrested.

Trump's statement before a crowd of law enforcement officials in Long Island pointed to no specific suspect or alleged crime. But here in Baltimore, a city still reckoning with terse relationships between police and the communities they're sworn to protect, this story was all too familiar.

"When you see these thugs being thrown into the back of a paddy wagon, you just them them thrown in rough. I said, 'Please don't be too nice,'" Trump said during a speech urging Congress to fund his administration's crackdown on illegal immigration and violent crime.

He also said that there was no need for police to use their hands to protect the heads of individuals under arrest as they were put into cars.

"Like, don't hit their head and they've just killed somebody. I said, 'you can take the hand away, OK?'"

The comments are stunning in any circumstance but had special meaning to many in Baltimore. It's exactly what many here believe caused the death of Freddie Gray, the 25-year-old Baltimorean whose death sparked protest and riots in the city and fueled an impassioned national debate over fatal police encounters involving African-American men.

A refresher: In April 2015, Gray was arrested in West Baltimore after he ran from officers. Prosecutors argued that Gray should not have been arrested in the first place and that he was given a "rough ride" in the back of a police transport. After riding in that wagon, he was found unresponsive and not breathing. He died in a hospital a week later.

Six Baltimore Police officers were charged with crimes ranging from reckless endangerment to manslaughter and murder. Defense attorneys argued that Gray was acting out and it would not have been safe for officers to enter the police van. Ultimately, the criminal case ended with no convictions for any of the six officers involved in Gray's 2015 arrest.

The veteran political journalist Alec MacGillis succinctly made the point Friday in a Facebook post: The behavior the President of the United States advocated can have chilling, fatal effects in a city and increase -- not decrease -- crime.

"Just two years ago, one 'thug' was thrown into the back of a paddy wagon in Baltimore. After the ride, his spine was 80% severed at the neck and he died days later," MacGillis wrote.

"This led to protests, a riot and an unprecedented two-year spike in violence that now has the city on track for close to 400 homicides this year, more than New York, which is 14 times larger."

MacGillis wasn't the only one to immediately condemn the President's words. Kevin Kamenetz, the Baltimore County executive, called them "disgusting" in a tweet. DeRay McKesson, a prominent voice in the Black Lives Matter movement who made an unsuccessful bid to become mayor of Baltimore, pointed to the reaction of the law enforcement officials Trump spoke to.

"Trump just told police officers that they can be more violent than they already are. And they cheered," McKesson tweeted, posting a clip of Trump's comments about "thugs" in "paddy wagons."

Keiffer Mitchell, an adviser to Maryland's Republican Gov. Larry Hogan, summed up his response in three words: "No. Really no."

Trump's provocations of law enforcement also must be viewed with this in mind: Trump's Department of Justice is charged with enforcing a sweeping consent decree with huge reforms for the city's police department after a federal investigation launched following Gray's death revealed patterns of discriminatory and unconstitutional policing.

In this city it is clear that, as the Justice Department concluded, the police force's "relationship with certain Baltimore communities is broken." What's less clear is what the President or his Justice Department plans to do about it, if anything. Attorney General Jeff Sessions ordered the Justice Department in April to undertake a comprehensive review of all police reform activities, including any existing or contemplated consent decrees.

And as the President noted in a recent interview with The New York Times, "there are very few Republicans in Baltimore, if any."