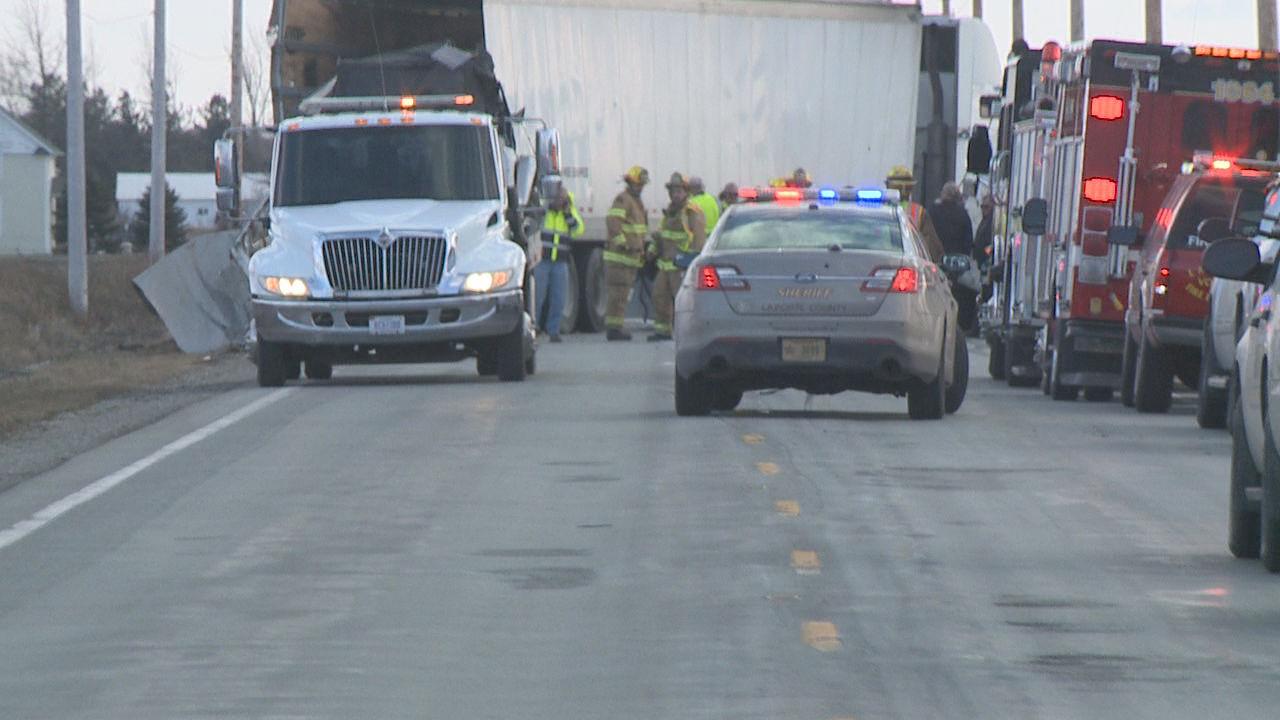 Counties all over the area were slammed by strong gusts this evening.

And even hours the winds died down, crews were still working to clean up badly damaged areas.

“This is high winds so you need to use caution, watch for tree limbs, power lines, telephone poles and stuff like that,” said Aaron Rust, La Crosse Fire Chief.

Stuff like that was what many drivers ran into in La Porte county.

“The gusts really started coming in and creating problems,” said Kevin Jernet, Center Township Fire Captain. “You have to be very cautious, stay aware of your conditions around you, and drive safely.”

Wedow helped clear the roadway of the large branch after many drivers started using his lawn as a way to get around.

“I live right there so I see it from right there in the yard, all the cars going in and out of my driveway,” he said.

It was a mild inconvenience for him, but not the worst situation.

There were many downed lines in Bremen covering streets and homes.

In Elkhart, one fallen tree tore through a house.

And on the bypass, there were several reported car accidents including a rolled over semi truck.

Back in La Porte County, strong winds were to blame for a two-vehicle crash on US-421 in La Crosse.

A damage Jeep and semi truck closed off the road for miles.

“The patient sustained minor injuries, the high winds blew the truck over and the jeep collided with it once it fell,” said Chief Rust.