WikiLeaks case heads back to court 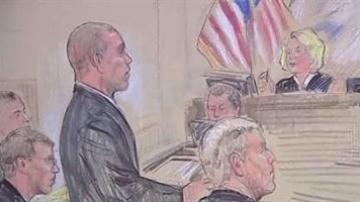 The U.S. Army private accused in the biggest security breach in U.S. history is expected to testify later this week.

Bradley Manning is accused of leaking hundreds of thousands of classified military and state department documents while he served in Iraq.

Many of them ended up on the website WikiLeaks.

Manning could receive up to life in prison if convicted. His lawyers are asking for the most serious charges to be dismissed.