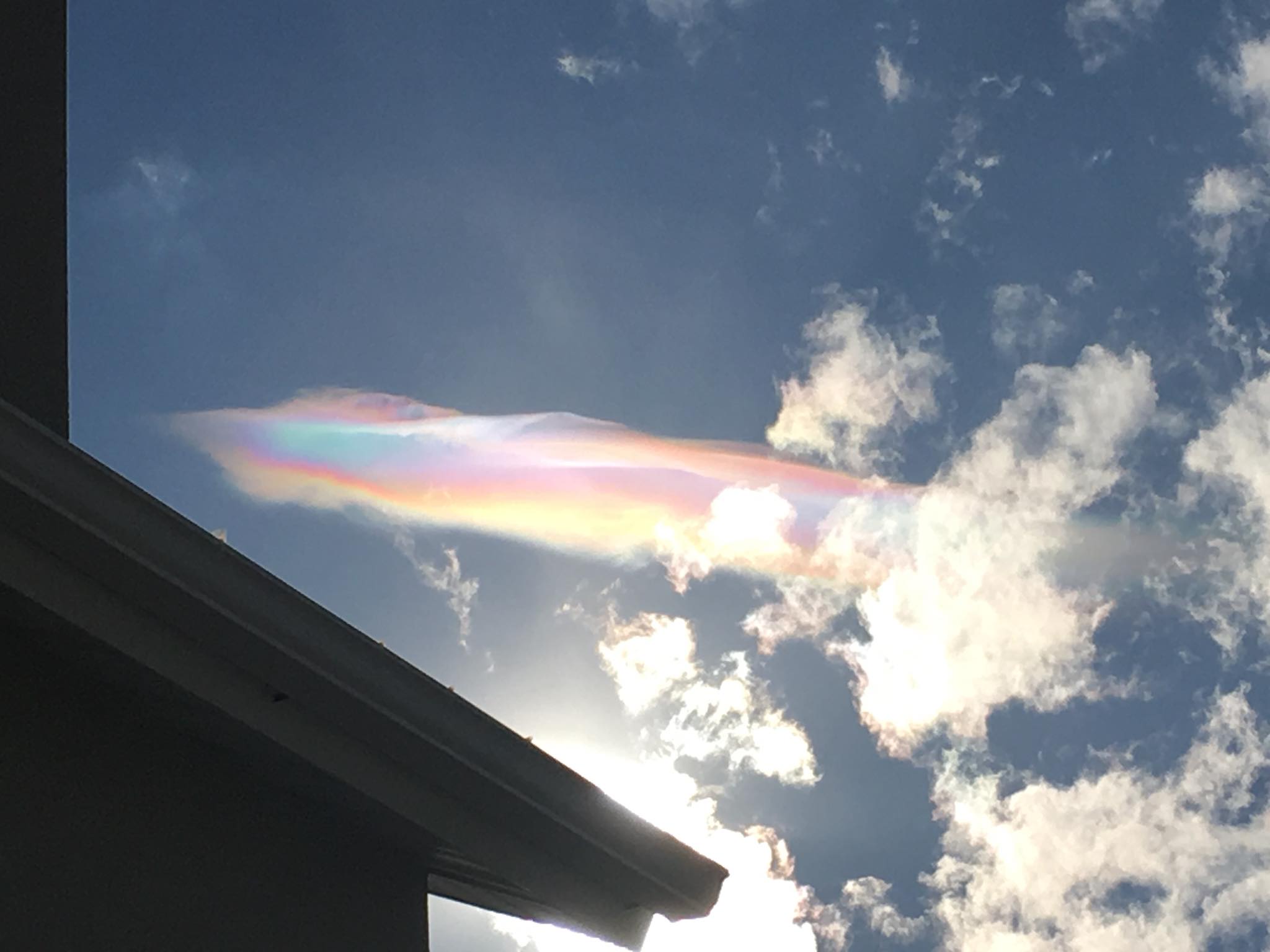 Cloud iridescence in Herriman, Utah. Wendi Pahl Fuller - Facebook
In the world of meteorology, the last five days have been nothing short of fulfilling and active. From the heavy rain, flooding and severe weather in Southern California to a beautiful and mysterious rainbow in Utah to devastating tornadoes and large hail in Alabama, this week has had it all. During transition periods like March and April, it's not uncommon to string together several days in a row of active weather. As spring-like air continues to battle what's left of Old Man Winter, there will likely continue to be "battle zones" of wintry weather and severe weather. In fact, the Storm Prediction Center is already highlighting parts of the Southern Plains for the March 25-27 period as having an elevated chance of severe thunderstorms. It's not all spring versus winter, though. California can see wild weather year-round, ranging from extreme droughts and wildfires to flooding and tornadoes! And, as we are all well aware, the Northeast and New England can see nor'easter after nor'easter if the set-up is favorable. 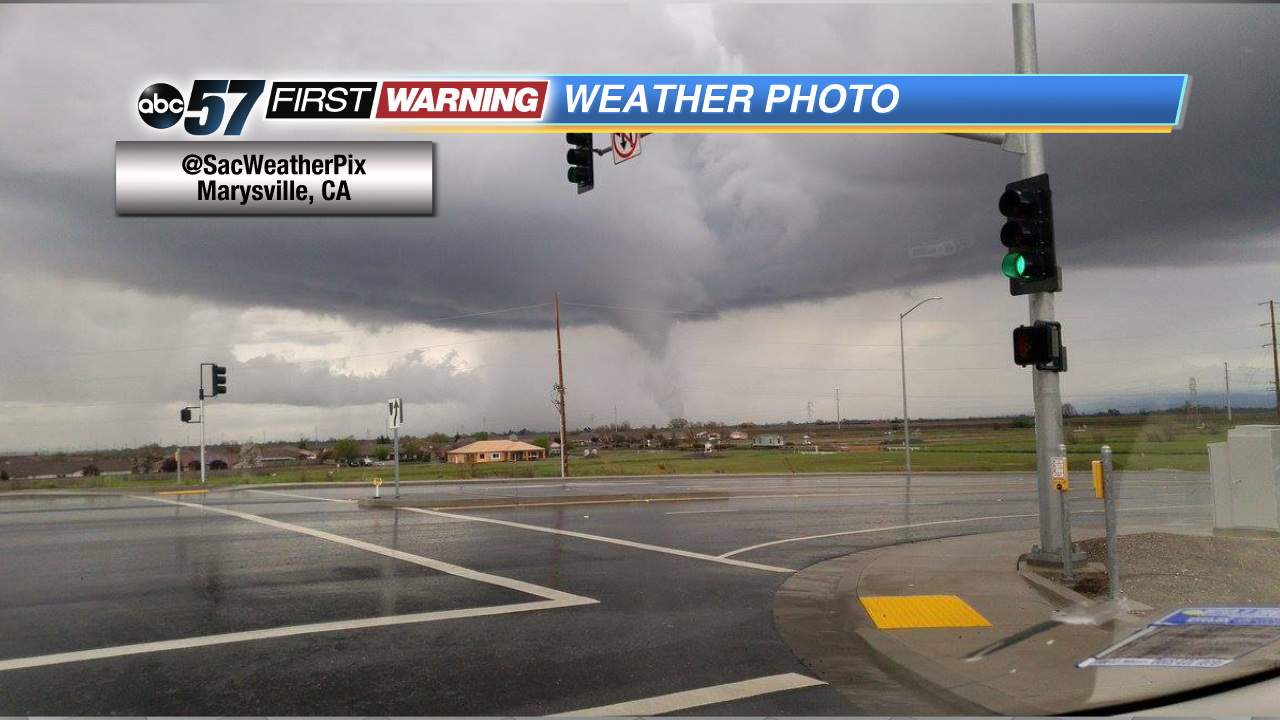 EF0 tornado near Marysville, California. @SacWeatherPix
While wild weather isn't uncommon -- especially this time of year -- it isn't exactly the norm to have multiple significant weather events in such a short duration of time. Across the Southeast, the first significant severe weather outbreak of 2018 occurred early in the week. Rich, Gulf of Mexico moisture interacted with an approaching cold front, spawning numerous thunderstorms. Those storms went on to produce multiple tornadoes and instances of damaging hail. On the 19th alone, there were 23 tornado reports, 93 hail reports and 93 wind reports. Among those tornadoes included the massive EF3 that devastated Jacksonville, Alabama, and Jacksonville State University. That was the first EF3 tornado to strike the United States in 306 days! 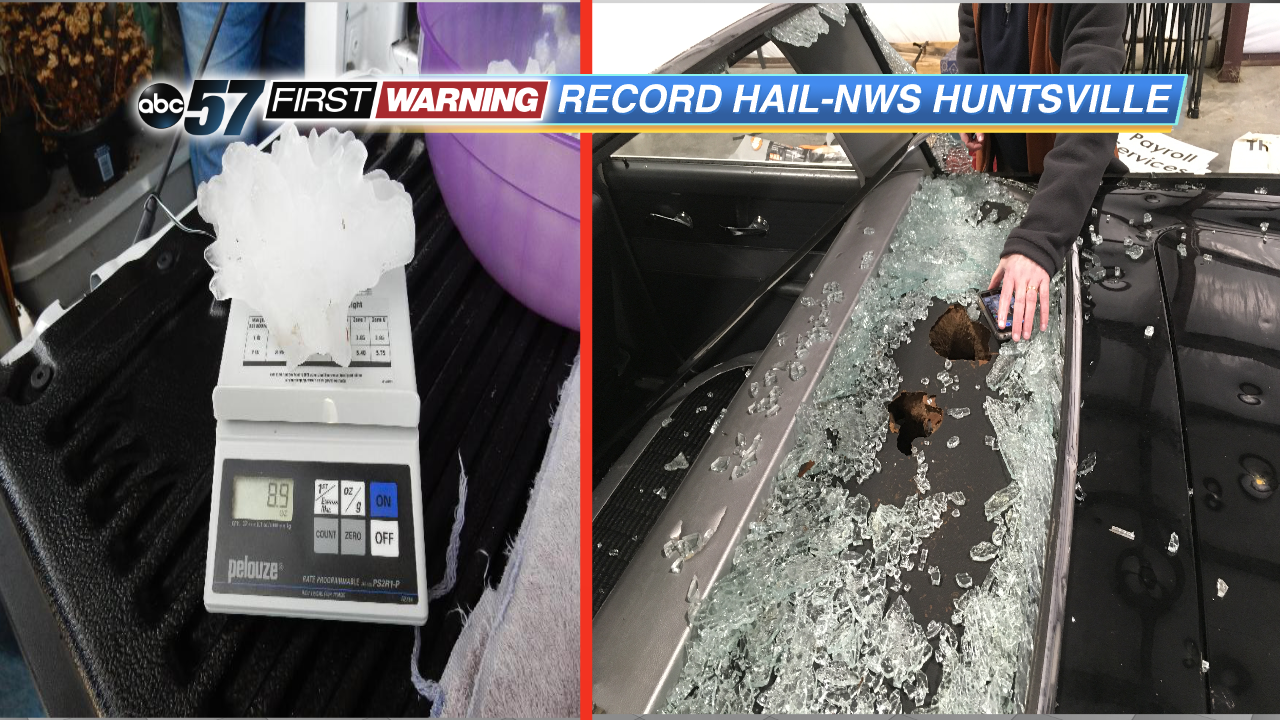 Record hail in Cullman, Alabama NWS Huntsville
As mentioned, tornadoes weren't the only hazard spawned by Tuesday's storms. Large, damaging and even record-breaking hail was recorded across northern Alabama. The largest hailstone measured 5.25" in diameter and had a circumference of more than a foot! It weighed more than 1/2-pound and fell to the ground at well over 107 MPH! According to the National Weather Service in Huntsville, the stone will go down as the largest to ever fall in Alabama by far. To put a 5.25" hailstone in perspective, the largest piece of hail ever recorded in the United States was an 8-inch stone that fell in South Dakota and weighed nearly two pounds! And, while not every hailstone was that large, there were numerous reports of hail the size of baseballs and softballs. Heavy damage was seen to homes, buildings, vehicles, and the ground as a result of the hail. 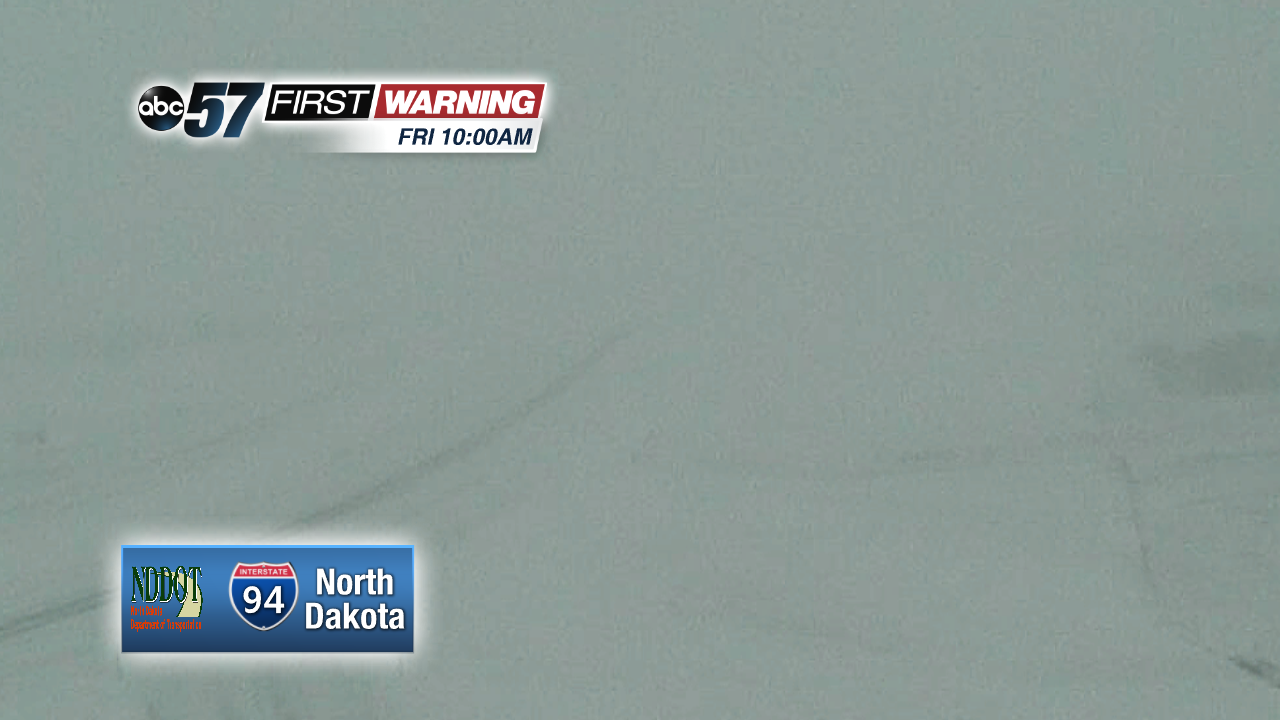 Snow falling along I-94 west of Bismarck, ND North Dakota DOT
On Wednesday, a powerful storm system pushed into California, bringing heavy rain and flooding to the southern part of the state and even a tornado to the central part of the state. The EF0 tornado was captured on camera just outside of Marysville, which is due north of Sacramento. Believe it or not, California tornadoes are not that uncommon. Between 1950 and 2013, the state saw 403 confirmed tornadoes, which equates to six or seven each year. Still, it's not something that Californians see all too often.

A more serene meteorological phenomenon occurred in Utah on Monday. A large, vibrant and colorful rainbow appeared to form out of nowhere in the middle of the day. The photos and video caught fire on social media and had many scratching their heads. The rainbow feature is likely an exaggerated form of what is called cloud iridescence. Cloud iridescence is essentially the appearance of colors in or immediately next to high-level clouds, such as cirrus, alto-cumulus or lenticular. This phenomenon isn't all too rare, but it doesn't usually take on the appearance shown above.

Of course, the week brought the fourth nor'easter of March to parts of the Mid-Atlantic and Northeast, where snowfall totals of over a foot were recorded. Now, there's a late-season wintry storm system gaining strength in the middle of the country, which is bringing heavy snow to parts of the Dakotas and Minnesota today. That system will affect parts of Iowa, Illinois, Indiana, Ohio, Kentucky tonight and Saturday, leading to heavy snow and hazardous driving conditions. The good news with this system is that it will completely miss Michiana to the south. For the central part of the Hoosier State, the snow will likely melt by late in the day Sunday thanks to the strong sun angle this time of year.