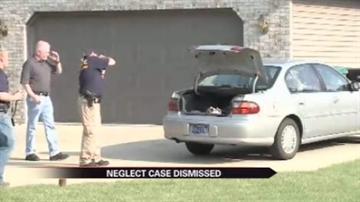 "I think the realization was that they never would get a conviction on this case," said one of Wilk's attorneys Charles Lahey. "It wasn’t a real big surprise considering the results of the first two trials but psychologically you have to prepare for as many trials as it takes."

Wilk’s children, 4-year-old Dominck Wilk and 2-year-old Isaac Dunner Jr, died of hyperthermia after getting locked in their mother’s car trunk on June 17, 2011.

Wilk was charged with two counts of neglect of a dependent.

The state said it has no additional evidence to present and says it no longer has an expectation of getting a conviction.