Will Academy Award nominations be '#OscarsSoWhite 3.0'? 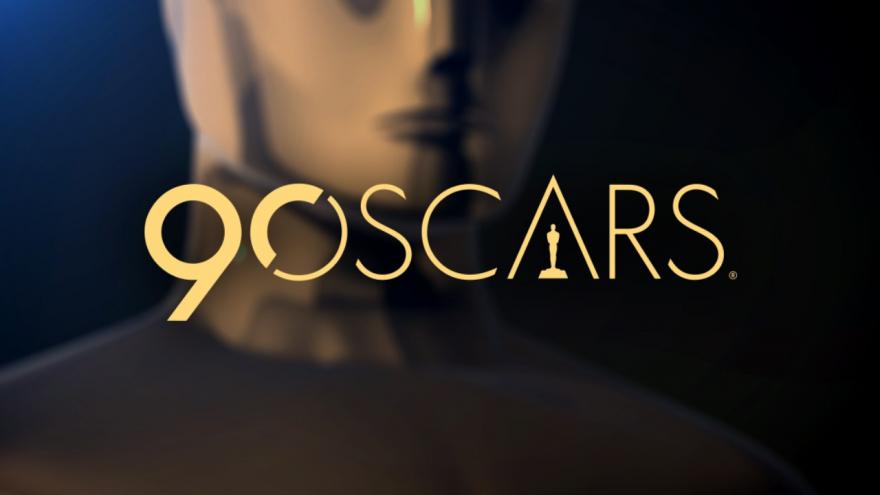 (CNN) -- April Reign, the creator of #OscarsSoWhite -- a movement that two years ago elevated the conversation about Hollywood's lack of diversity and inclusion -- doesn't like to "handicap" movies ahead of the Oscar nominations.

But, she admits, she has a soft spot for Jordan Peele's "Get Out."

"It's a movie that we've never seen before," she told CNN in a recent interview. "The actual language used, I think, opened a lot of eyes and created and is still creating some very important conversations about race in this country."

In the run-up to Tuesday's Oscar nominations, some in Hollywood are wondering if the lineup chosen by members of the Academy of Motion Pictures Arts and Sciences will fail to reflect the efforts behind the scenes put toward building a more diverse film community.

"Get Out," a shining example of that inclusivity, has at least some experts on its side.

The film, about an interracial couple whose meet-the-parents weekend takes a turn as dark as it is thought-provoking, is considered a major contender in the best picture, best director and best original screenplay categories, according to an analysis of critics predictions on awards season website Gold Derby.

Last year's best picture winner, "Moonlight," was considered a significant moment in the battle for a more diverse Oscars, made even more meaningful by the fact that it came one year after the birth of a hashtag that took the institution to task for its lackluster attention to the issue.

"Get Out's" inclusion in Tuesday's nominations would undoubtedly be a significant moment for first-time director Peele, but would it also be considered a sign that lasting change has arrived in Hollywood? Far from it, according to Reign.

She said that much like how some declared America a post-racial society after the election of President Barack Obama, "Moonlight" caused some to see Hollywood's diversity problem as solved.

"I think that too many people put all their eggs in the 'Moonlight' basket," Reign said. "'Moonlight' was...very deserving, but it can't carry the entire film industry on it's back, nor should it."

Writer and filmmaker Imran Siddiquee, who focuses his work on issues relating to gender, race and popular culture, agrees.

"Unfortunately, it [would be] a huge deal because we don't see it often at all," he said. "I say 'unfortunately' because it shouldn't be a big deal to just get a nomination for a black man making a movie in America, but it is."

"Get Out" is the only film helmed by a black director considered a frontrunner for a best picture nomination this year.

The director's category could shape up to be among the most inclusive, with Mexico-born Guillermo del Toro and "Lady Bird" director Greta Gerwig among the possible contenders.

If nominated, Gerwig would be the first woman since 2010 winner Kathryn Bigelow to breakthrough in the category.

Those stats are proof enough, Reign and Siddiquee said, that change is only beginning.

"As much as they're very important and we should celebrate them...I don't think they represent, in and of themselves, systematic change," Siddiquee said.

In the lead acting categories, "Get Out" actor Daniel Kaluuya is the sole actor of color considered a major contender for a nomination. Denzel Washington ("Roman J. Isreal, Esq.") and Chadwick Boseman ("Marshall") are also in the conversation, though considered long-shots.

In the supporting actor races, Octavia Spencer ("The Shape of Water"), Mary J. Blige ("Mudbound") and Hong Chau ("Downsizing") are among the possible nominees, as are Jason Mitchell ("Mudbound") and Idris Elba ("Molly's Game").

The nominations as a whole, Reign predicts, are "going to be OscarsSoWhite 3.0, unfortunately."

"My goal is to talk myself out of a job," she said. "So that, both in front of the camera and behind the camera, there is enough diversity and inclusion that it happens so automatically that we don't have to talk about it in such stark terms."

The recently held 2018 Golden Globes didn't inspire much hope for what we could see from the Oscar nominations.

The Golden Globe nominees for best director were all male, and of the 30 actors nominated in on-screen film categories, only five were persons of color.

It's situations like this that have inspired the Academy to expand its membership in hopes of diversifying its ranks, with the goal of doubling its membership of women and minorities by 2020.

As of last year, women accounted for only 28 percent of the Academy's total membership and persons of color only 13 percent.

Progress on this front, Reign said, will hopefully result in more inclusive nominations.

"I hope that the increase of women in the director membership at the Academy means women will hold feet to the fire, not just in the directing category, and that all marginalized communities will speak up in their own individual silos so we can see more representation of traditionally underrepresented communities," she said.

The Academy's dedication to membership expansion could weaken the predictive power of the Golden Globes in the years to come, and this year's nominations will be telling.

Both Reign and Siddiquee say the true measure of progress goes beyond a single morning of nominations or a single celebratory evening.

"Maybe in a decade or a few more years, we'll see if these trends last," Siddiquee said. "I do think #OscarsSoWhite has had an impact and has already shifted things a bit, but we still have so much more to do."

Fatigue is a real concern of Reigns. She wonders if people will tire of talking about diversity and inclusion, but hopes they will not -- as there's progress to be made in front of the camera and behind it.

To that end, she's hoping to make some direct impact, with the upcoming launch of a yet-to-be-named database that will help studios and television networks find diverse talent.

Until what ends up on screen reflects the efforts of many to change the way decisions are made in Hollywood and whose stories are told, Reign predicts moviegoers will continue to speak with their wallets.

"If you're paying your hard earned dollars, you should be able to see yourself in some facet or another on screen -- not just during award season, but all year long," she said. "And that's the goal of #OscarsSoWhite."