Will Bernie supporters embrace Hillary after her speech? 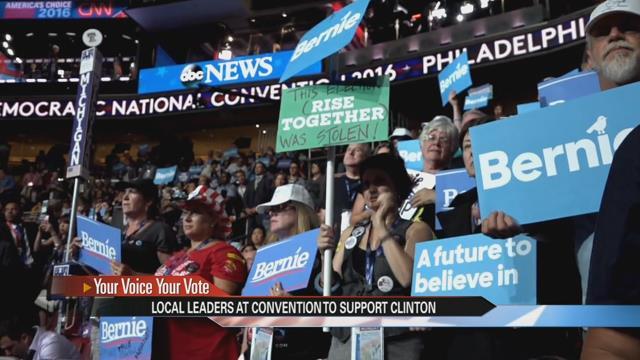 The final day of the Democratic National Convention is the day everyone has been waiting for. It is the day Hillary Clinton will officially accept the nomination as the candidate for president. It is the first time Clinton will talk to the thousands of delegates at the convention.

The week started up in the air. Would the party unite after Bernie Sanders had created a strong following during the primaries?

Not to mention an email scandal was looming regarding the DNC head abusing powers to favor Clinton.

Throughout the week we have seen some continue to chant Bernie's name but many of the speakers are saying they have to unite to beat the Republican nominee Donald Trump.

One Michiana delegate is saying she is with Hillary not only because she is a democrat but because she thinks she is qualified.

"We can say right now not only is she is woman but she is the most qualified candidate to lead the county Her previous roles as a former first lady as a former senator as a former secretary of state," said Catherine Fanello, a Hilary Clinton Delegate and Chair St. Joseph County Election Board.