Will #MeToo be a turning point for younger girls, too? 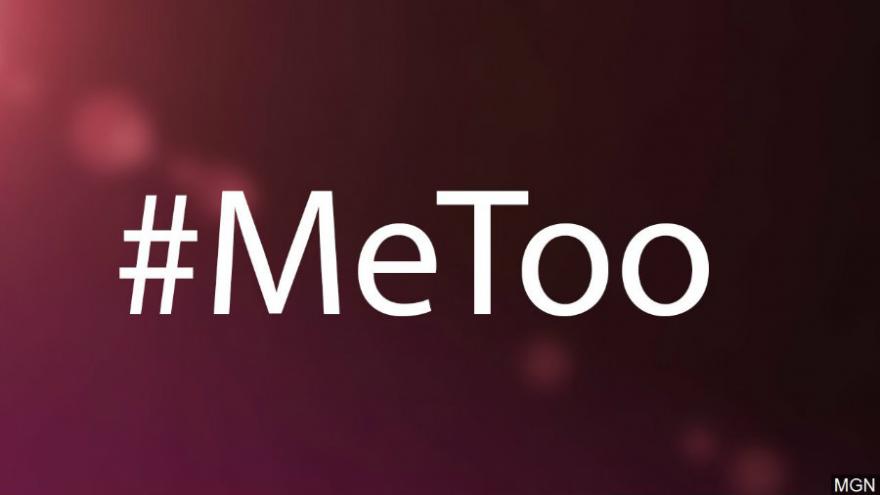 (CNN) -- Curious to know if the #MeToo conversation on sexual harassment was resonating with younger girls, I contacted my niece, a junior in high school in Westchester, just outside New York.

My niece, Isabel Gurwitch, jotted down some notes so she would be prepared when we talked. What she wrote gets to the heart of how powerful #MeToo could ultimately be for younger women.

Isabel noted how many girls seem to lose confidence during adolescence. In her experience, it begins toward the end of middle school and continues through high school. Boys tend to talk over girls, especially in higher level classes, and girls seem to volunteer less and have a little less academic confidence, she said.

Even Isabel admits that when she was in elementary school and in the beginning of middle school, she had no trouble asserting herself. But that changed toward the end of middle school.

"It seems like that's the age when girls sort of lose some of that confidence and I don't really know where that comes from," said Isabel. "So I was thinking ... the movement might change that eventually. I don't know," she said referring to the new attention on sexual harassment in the workplace.

And that is the question I set out to explore: Could #MeToo also be a turning point for younger women and help them become more confident and assertive? Could it lead to girls who aren't reluctant to raise their hands in class and speak up, girls who might never have the need to say #MeToo?

Teaching girls to lift each other up

Allegra Dubus-Brandolini is a senior in high school in Exeter, New Hampshire. She said #MeToo has changed her relationship with girls, bringing her and her friends closer.

"Our conversations have also changed," said Allegra. "Where once we would spend our time talking about boys we like and drama that is happening to us, the conversation has opened up to discussing what is happening in the world and discussing our future and asking ... what our future will look like in this society. This has allowed us to gain a sense of trust that I don't think we had before."

She said she has also noticed a "huge difference" in relationships with boys. Girls and boys used to feel afraid and ashamed to talk about difficult topics such as rape and consent, but #MeToo has "broken that barrier and made us feel more comfortable" discussing these issues, she said.

Boys also seem to be more comfortable asking questions they might have been afraid or reluctant to ask before, Allegra said. Questions such as, what is healthy masculinity?

Girls trusting other girls and working together with them, and finding common ground with boys, can be critical steps in helping girls grow to be strong, confident and assertive, said Katie Hurley, a child and adolescent psychotherapist and author. Her newest book, "No More Mean Girls: The Secret to Raising Strong, Confident and Compassionate Girls," will be released later this month.

"It feels like we're right there where the tides are about to turn," said Hurley, speaking about the #MeToo movement and Oprah Winfrey's electrifying speech at the Golden Globes. "People are speaking up and people are banding together and women are coming together," which is a theme throughout her book, she said.

"Let's teach girls when they're young to lift each other up, to stand together, to have compassion and empathy for one another instead of trying to climb to the top," said Hurley, who runs empowerment groups called "Girls Can" for girls between the ages of 5 and 11. "For too many years, women have had to claw their way to the top and sometimes that means taking down other women in the process and boy, has that been damaging."

Morgan Guess was a victim of bullying at age 8 and helped lobby for a new bullying definition in the state of Kentucky. She believes there's a tremendous opportunity for dialogue among girls following #MeToo and the #TimesUp campaign, which is raising money for a legal defense fund for women who have experienced harassment, assault or abuse in the workplace.

"Girls are still finding their way and being accepted and a part of a group is so highly valued that we should be talking about how acceptance should not come at any cost. And, we should be talking about how girls and women should support one another and celebrate each other's successes," said Morgan, who is a high school freshman in Paducah, Kentucky and co-founder of the Guess Anti-Bullying Foundation.

Abbey Sutzko, a sophomore in high school in Dallas, Pennsylvania, said she has seen "some amazing girls supporting each other" and helping them through whatever they need help with since #MeToo.

She also said she knows people who have been victims of sexual harassment and assault who just recently felt comfortable enough to tell their stories and get the help they need. (A new hashtag, #MeTooK12, has been created by the nonproft Stop Sexual Assault in Schools to encourage students who have been victims of sexual assault, abuse or harassment to speak up and share their stories.)

"It also gives us confidence in knowing our stories matter, our opinions matter, and that we can make a difference in our own lives ... and speak up for what we believe," Abbey said.

'They don't want to be called bossy'

Hurley, who has two kids of her own including an 11-year-old daughter, said in today's society we often talk about raising girls to be assertive but most people don't actually know how to do that. Many girls also don't know what it means to be assertive, she said.

In one of her empowerment groups, as an exercise, she told the group of 20 girls that they needed to get better at using the word 'no' and all the girls stared at her, she said.

She told the girls it's an important word that we all need to know how to use and they told her things such as, "It's not really that nice to say 'no' and there are other things you can say instead of 'no,' " said Hurley. She had them practice screaming 'no' and only about a third of the group could do it.

"It was eye-opening in a way," said Hurley, the author of "The Happy Kid Handbook: How to Raise Joyful Children in a Stressful World." "Here are these girls, they were probably third to sixth graders, petrified to just yell the world 'no' because they are socialized to not say 'no.' They are socialized to always be kind and polite first."

Hurley said when she asks girls what it means to be assertive, they don't want to be assertive because they've been led to believe that assertive and aggressive are one in the same.

"They get called bossy. They don't want to be called bossy so they learn to tone themselves down all the time," she said.

Mixed messages in the classroom

They are also getting mixed messages in the classroom, Hurley said.

Hurley hopes the #MeToo moment encourages girls to learn what it means to be assertive and to practice putting themselves out there -- in school, with their friends and in their everyday lives.

Parents can help their daughters learn to flex their assertive muscles by engaging with media with their daughters, and by hosting family debate nights -- every member of the family takes a side on an issue and has to make their case.

Kids today are "bombarded with information, imagery and opinions and judgments all the time so our job is really connecting with them and help to learn how to ... poke holes in the things they're seeing," said Hurley.

"It all plays into how they assert themselves and how they present themselves to the world and it's up to us to have those hard talks with them."

When young women see older women speaking up during the #MeToo movement and when they listen to influential women such as Winfrey sending messages directly to them, they can gain more confidence in themselves, suggests Ella Becker, an eighth grader in Downingtown, Pennsylvania.

"Oprah's comments ... definitely make me more confident and feel safer when I need to speak up for myself because I'll know other girls do the same thing," said Becker.

"It definitely is a turning point for girls my age ... because now us girls can grow up in a safer and more equal generation where we are more confident in speaking up for ourselves."

Isabel, my niece, said she's noticed a big movement online of girls supporting each other since #MeToo, particularly in fashion and beauty communities. "There's a lot of people lifting each other up rather than being rude or disrespectful."

She's hopeful that #MeToo will also lead young women to feel more confident in the classroom, to speak up more and not cede their ground.

But she also wisely says it's not just about encouraging girls to be more assertive. We have to focus on young men, too.

"I think a lot of it is the way that we educate boys and teach them not to interrupt girls," she said.

Hurley, the author and child and adolescent psychotherapist, agrees. She said while building up our girls with self-confidence and assertiveness and encouraging them to lean together as they work their way through girlhood will help raise empowered young women, it is also essential that we take a look at how we raise our boys.

"Just as girls need to learn to stand up to behavior that silences them, boys need to learn how and when to stand down," Hurley said. "Teaching boys not only to respect their female peers, but to embrace what they have to offer, plays an integral role in shifting the current narrative that holds girls back."