Will Smith death: Man who killed NFL star could get 60 years 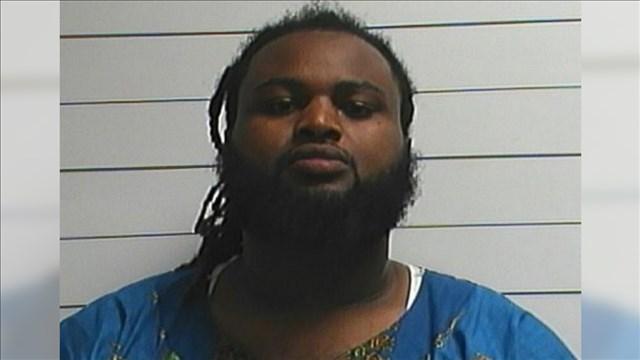 NEW ORLEANS (CNN) -- The man who shot and killed former New Orleans Saints player Will Smith in a road rage incident could be sentenced to a maximum of 60 years in prison, Orleans Parish District Attorney Leon Cannizzaro said Monday at a news conference.

Cannizzaro said he'll present victim impact statements at Cardell Hayes' February 17 sentencing hearing so the judge knows how many lives were affected by the slaying of Smith, a popular player who helped the Saints win a Super Bowl.

"From the perspective of Racquel Smith, she will never be the same," the prosecutor said of Smith's wife. "I understand that. But now she has a very difficult journey for the rest of her life."

A jury found Hayes, 29, guilty Sunday of manslaughter in the April shooting death of Smith and guilty of attempted manslaughter for shooting Racquel Smith.

The maximum sentences are 40 years for manslaughter and 20 years for attempted manslaughter, sentences that if imposed consecutively by the judge would mean Hayes would "not be able to hurt anyone ever again for the rest of his life," Cannizzaro said.

Hayes was charged with second-degree murder, but the jury returned a guilty verdict on the lesser charge after about five hours of deliberation.

The district attorney said several things probably led to that decision: Testimony that a hit-and-run involving the two men occurred before the shooting, that Smith got out of his vehicle in an aggressive manner and that Smith had a blood-alcohol content well above the legal level.

"I believe the jury worked very, very hard to do what they thought was the appropriate thing in that case," Cannizzaro said. "I'm certainly very satisfied and we accept the verdict of the jury."

'I collapsed and played dead'

Smith and Hayes were both behind the wheel when they first crossed paths on April 9. Several blocks away from an apparent fender bender, the two men argued on a New Orleans street. It wasn't long before shots were fired.

Hayes' attorneys argued he was not the aggressor, but rather the victim of a hit-and-run. Authorities accused Hayes of rear-ending Smith's vehicle in a dispute that ended with the deadly shooting.

Both Hayes and Racquel Smith testified in the high-profile case, which drew national attention and cast a harsh spotlight on violence in New Orleans.

"I collapsed and played dead because I didn't know if he was gonna come back and shoot me," Racquel Smith said during the trial, according to CNN affiliate WVUE.

The jury votes were 10-2 on manslaughter and attempted manslaughter in the shootings of both Smith and his wife, said Rob Kazik, judicial administrator at Orleans Criminal Court.

Hayes was found not guilty on one count of aggravated criminal damage to property for allegedly bumping Smith's vehicle.

'I was trying to stop my gun'

During the trial, Hayes maintained he was acting in self defense after seeing Smith with a weapon.

"I see a gun in his hand. I saw him spin out and then I heard, 'pop.' I was trying to stop my gun from actually shooting. I didn't expect it to actually go off that many times," Hayes testified, according to WVUE. "My weapon falls, and when I looked at Smith I said, 'Man, breathe, breathe. Somebody call an ambulance.' "

But Tiffany Tucker, one of the trial prosecutors, said at the news conference that no other witnesses completely backed up Hayes' statements.

"We did not think any of the jurors would believe his version of facts was true," she said.

After Sunday's verdict, Racquel Smith, through a media representative, told CNN affiliate WDSU and other media outlets that she was "full of gratitude" for the district attorney's "hard work in presenting this case with such precision, professionalism and passion."

The Hayes family left the courthouse after the reading of the verdict without talking to reporters.

Thanks to the Saints

At the news conference, Cannizzaro said he appreciated the support of the New Orleans Saints.

Coach Sean Payton returned from a road game Sunday and came straight from the airport to the courthouse for the reading of the verdict, Cannizzaro said.

Cannizzaro said the players' presence showed the community was behind prosecutors.

"This was a murder of a hero," he said, noting that Smith grew up in Brooklyn, played college ball at Ohio State, was drafted by the Saints and helped the team win its only Super Bowl. After retiring, Smith decided to stay in New Orleans, Cannizzaro said.

"And what happens? He gets gunned down in a road rage incident," he said.

Another former NFL player was killed recently in the New Orleans area in an apparent road rage incident.

Joe McKnight, 28, who played for the New York Jets and Kansas City Chiefs, was shot to death December 1 in a New Orleans suburb.

Gasser pursued McKnight and the men argued while driving until they reached an intersection in Terrytown, Normand said.

McKnight exited his vehicle and Gasser pulled a gun from between his seat and console and fired three shots through his passenger window at McKnight, the sheriff said. McKnight was not armed, authorities said.

Gasser, 54, was charged with manslaughter on December 6.