Will the cold and snow continue this February?

NOW: Will the cold and snow continue this February?

It is winter...but we've been on the colder side of average for the last several weeks. Our frigid temps started during the last week of December, and, despite a few, short-lived mild snaps, it's been carrying on through the season. Along with the cold, the snowfall has been piling up ever since the first arctic blast in the last days of 2017. As of today, we've recorded 62.7" of the white stuff so far, which is about 22.2" above normal! At this time last year, we were only at 33". So why do we have so much more snow? Well, it has to do with a naturally occurring cycle over the Pacific Ocean. 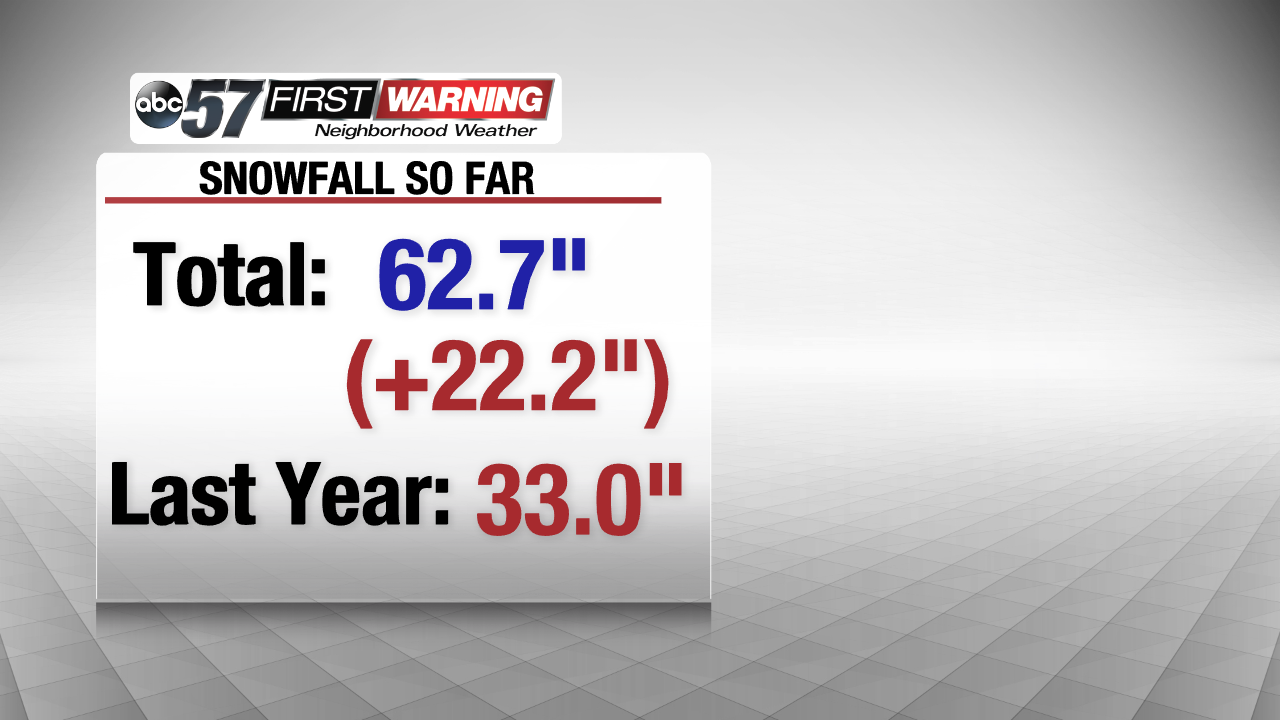 You may have heard meteorologists at ABC 57 talk about a La Nina pattern for this winter season last fall. La Nina, if you might not remember, describes a situation where high pressure sets up over the northern Pacific, creating a ridge in the West, but a trough in the East, with the polar jet stream just to our south. That trough over us means that bone-chilling arctic air can freely sink south into Michiana and the location of the jet means more systems can move our way and drop the snowflakes. But, it hasn't been this way all winter. We've enjoyed some mild breaks in between, and we could see another one! 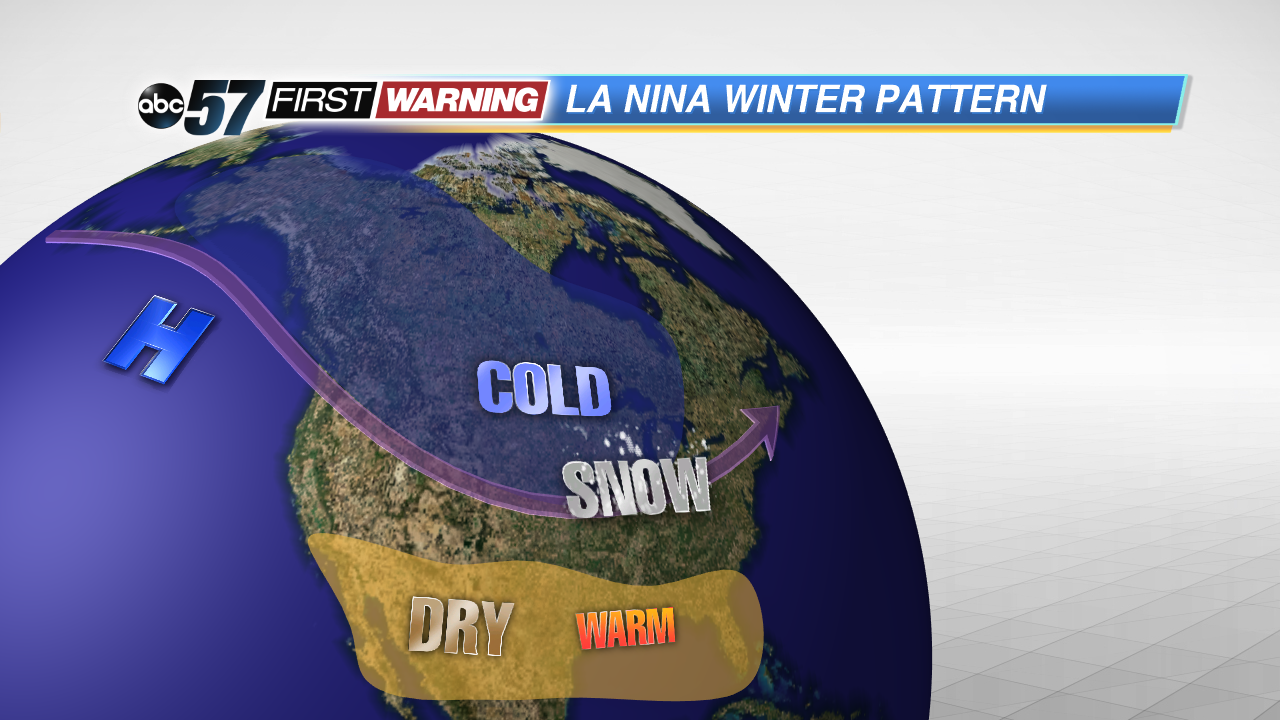 Thanks to La Nina, arctic air has been free to spill in along with the snow.

By the middle of February, temps look to even out so-to-speak, returning closer to the freezing mark and even the mid 30s for the second full week of the month. But, don't put away the winter gear entirely just yet! 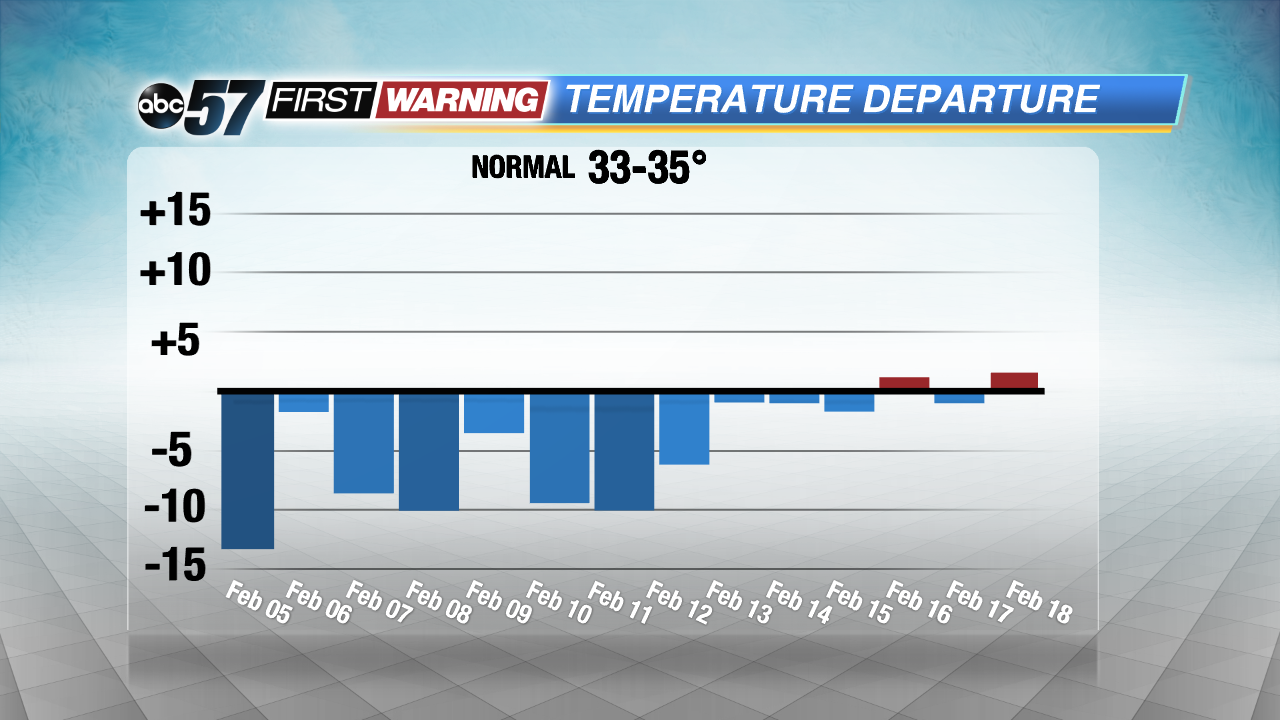 The cold sticks around for now, but some warmer days are ahead.
Share this article: