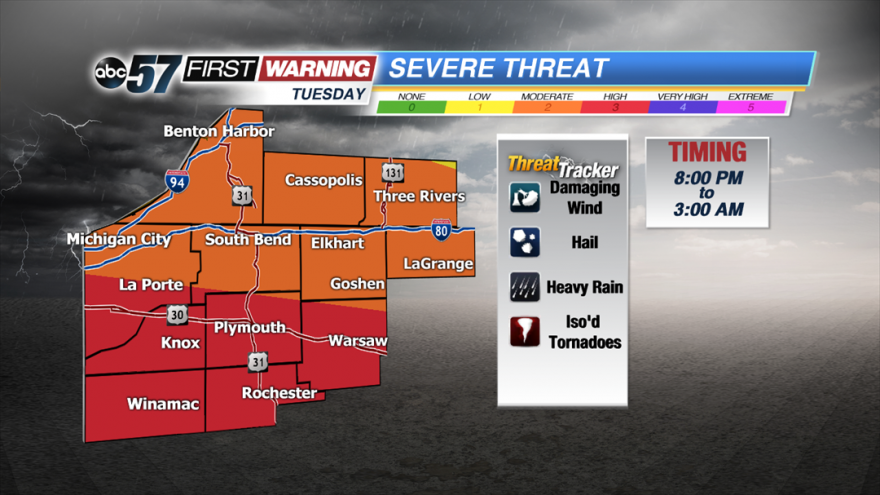 Multiple rounds of storms are likely this evening. All could bring a severe threat, gusty wind, heavy rain and hail being the greatest of those threats. Some factors to watch will be if earlier storms "wash-out" our severe threat with later rounds or if that threat grows through early Wednesday. The cold front passes after 3 AM ending our severe threat and dropping temperatures through Wednesday. 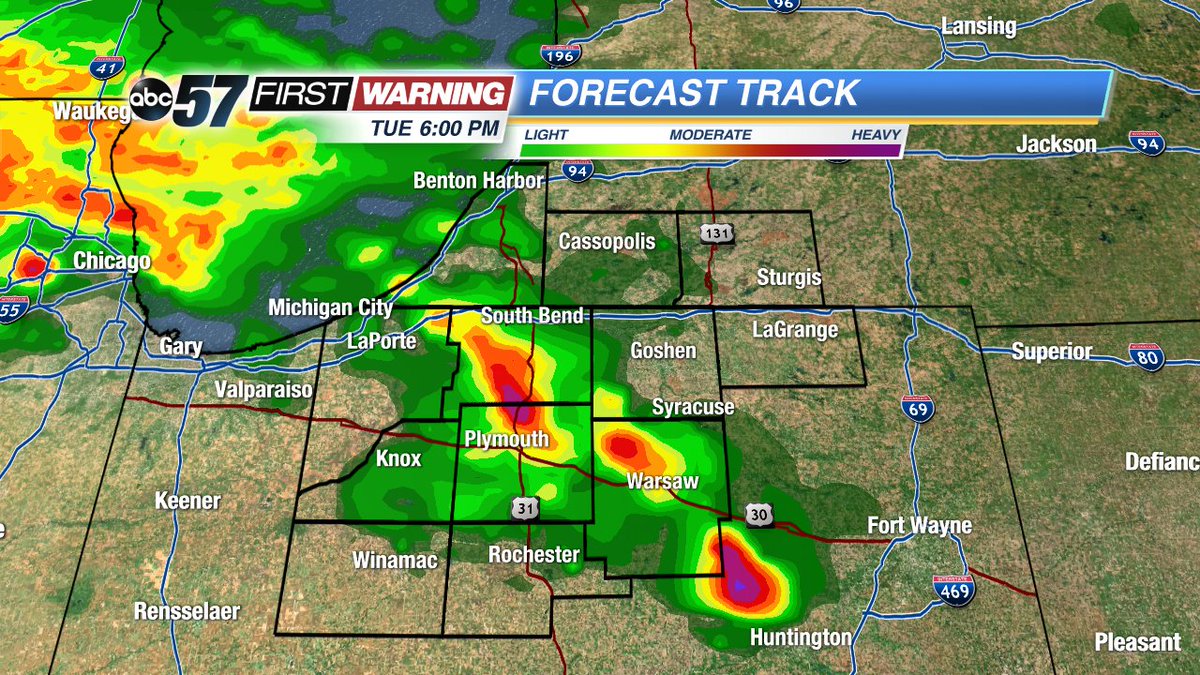 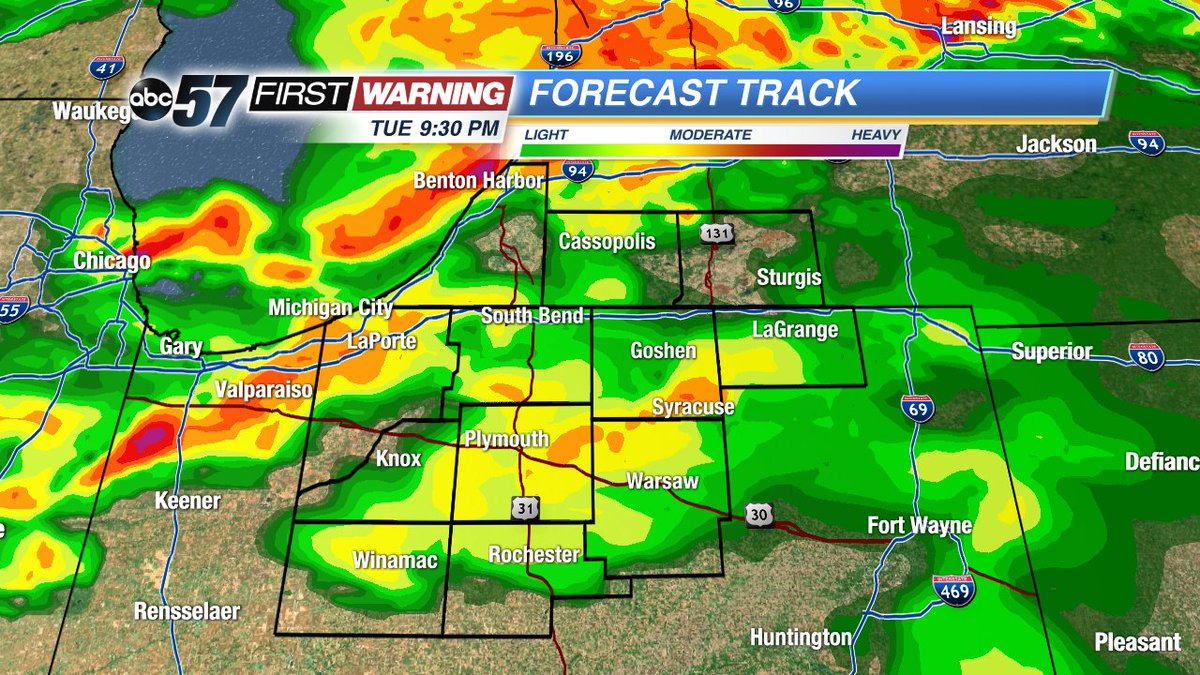 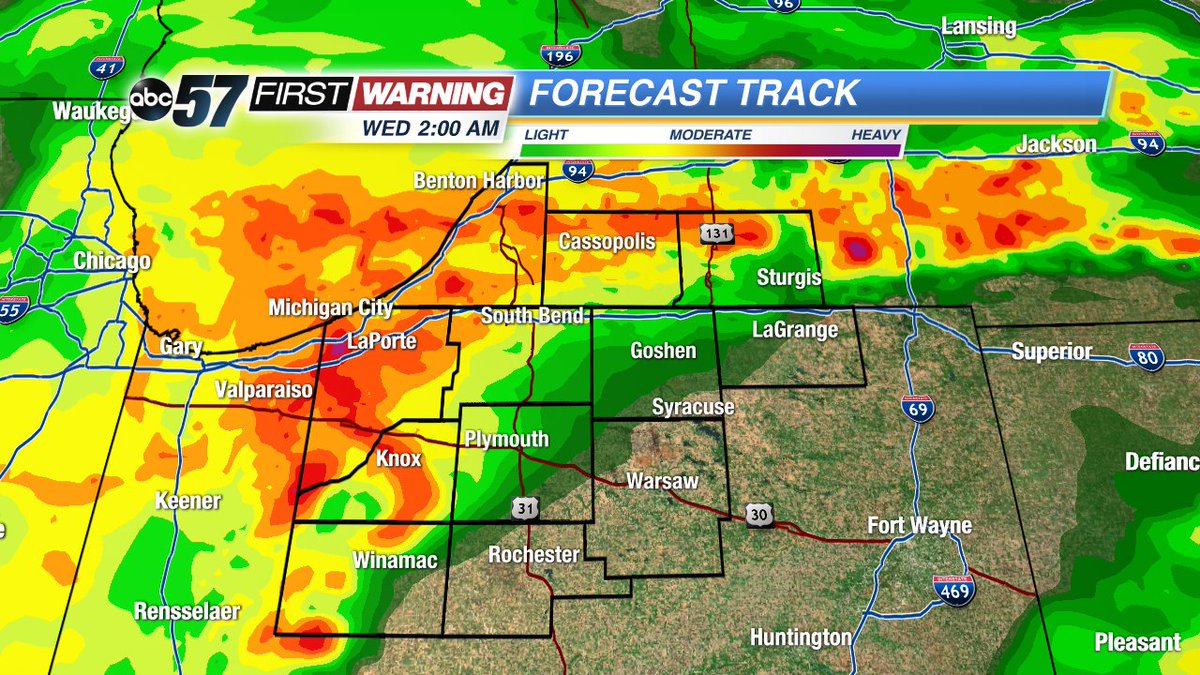 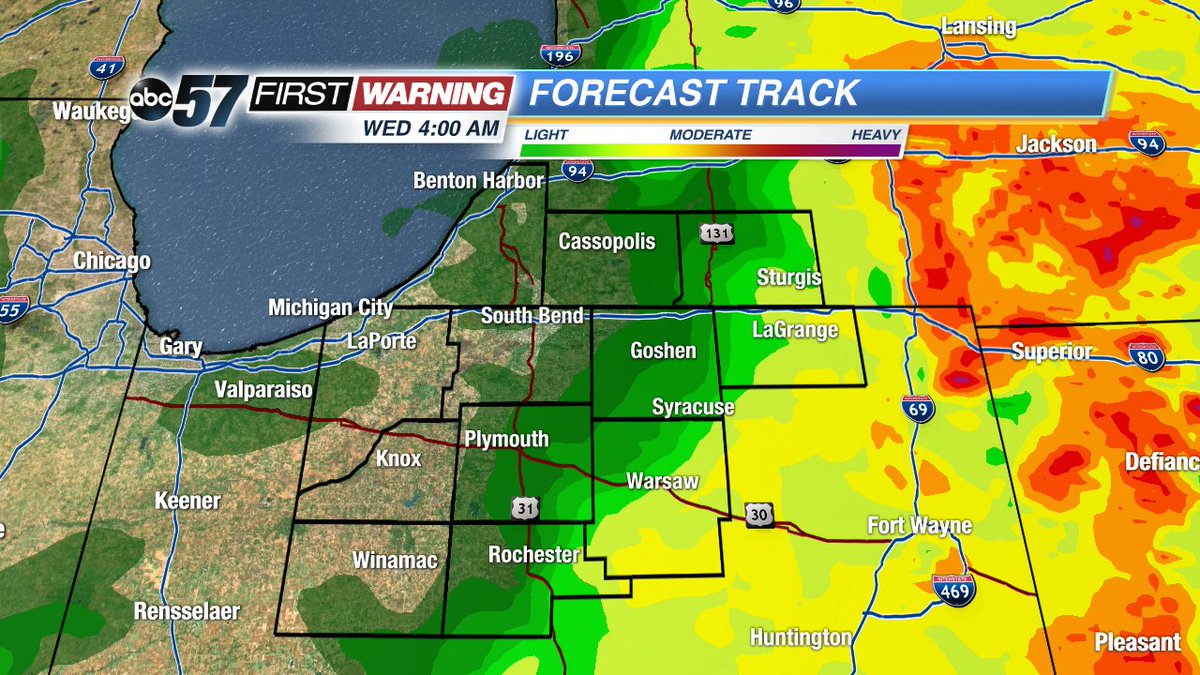 All threats are possible through the overnight. One difference between this round of storms and last Friday is everyone looks to see a good does of heavy rain, possibly some minor flooding. 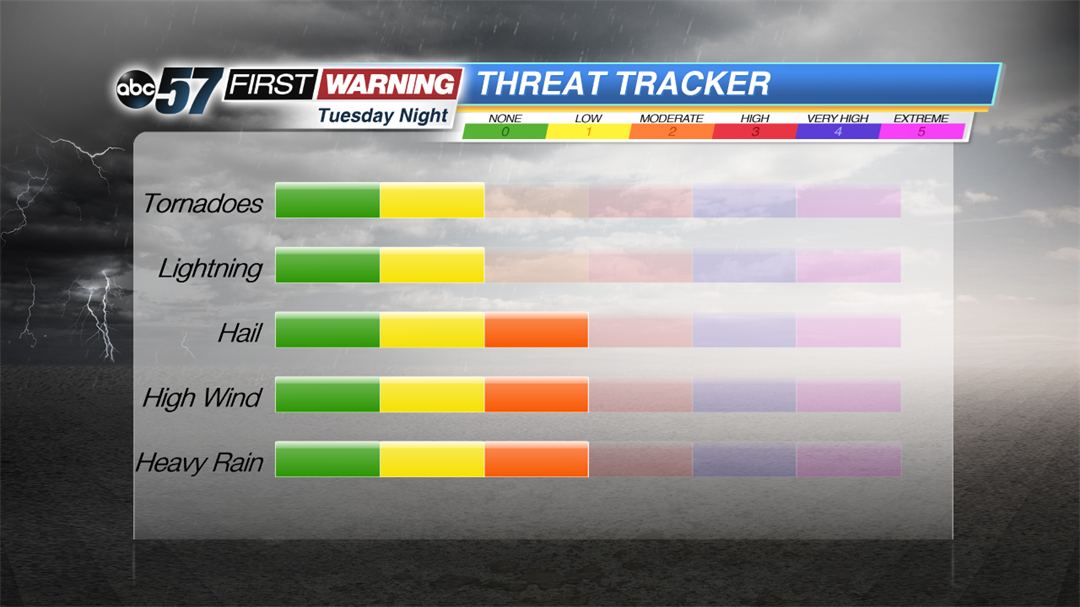 The severe risk has moved farther north, which now includes all of our counties south of US 30 and then slightly north as well. The biggest impacts include damaging wind, damaging hail, heavy rain and isolated tornadoes. The rest of us are under a moderate threat but there is still a chance for severe weather north of US 30. Stay alert tonight and early tomorrow morning. The high risk for severe weather has shifted slightly north and now includes our southern most counties. The rest of us have a moderate to low risk but that does not mean we are out of the woods. The areas under the highest risk for damaging wind, damaging hail, heavy rain and isolated tornadoes will be in Pulaski, Starke and Fulton County. After 8 PM: Thunderstorms will start to develop as early as 6 PM this evening but will become more scattered after 8 PM. 2 AM: Heavy rain will be pretty continuous overnight in SW Michigan so rainfall totals will be highest there with potentially 2-3". 4 AM: Another line of thunderstorms will roll in from west to east bringing heavy rain, potentially damaging wind and hail. The strongest storms will set up south of US 30. After 6 AM the thunderstorms begin to clear out with just a few lingering light to moderate rain showers. Temperatures continue to fall throughout the day on Wednesday and then we have a chance for snow by the afternoon. Snowfall totals will vary from a trace south of US 30 to half an inch to an inch north of US 30.

Tuesday is the last day of February and meteorological winter. However spring-like weather dominates once again with showers and possibly thunderstorms, those storms could bring another threat for severe weather Tuesday night.

A warm front will brings scattered showers, and a few rumbles of thunder early Tuesday. Temperatures rise towards 60 ahead of the cold front. Similar to last week, the front is rather strong, with a 30 degree drop in temperature behind it. The strong front sweeping through will be the trigger for any possible severe weather. Forecast Track shows what would be expected with the meteorology. A line of showers ahead of the warm front lifting north early Tuesday. A lull in showers most of the day and a line of showers and thunderstorms sweeping across the area early Wednesday morning. Severe threat looks to be solely ahead and along the cold front. So timing on threats won't be until late Tuesday into early Wednesday morning. Even though Michiana is on a dividing line for threat categories, the overall threat is about the same. The farther south ( where warmer air is expected to be) the greater the severe risk. While a strong cold front increases the threat of severe weather, there are some factors that also work against it. The primary factor being timing. Late night storms may be loud but they are generally less severe than if they happened during the day. Also clouds during the day may also lower the severe threat. The more removed from daytime solar heating,the lesser the damaging storms.

All threats are possible but in general low, gusty wind from these storms would be the biggest threat. However as we saw with Friday's storms, without leaves on trees, damaging wind gusts are less effective on bare branches.