Winter Solstice 2017: what you need to know

NOW: Winter Solstice 2017: what you need to know 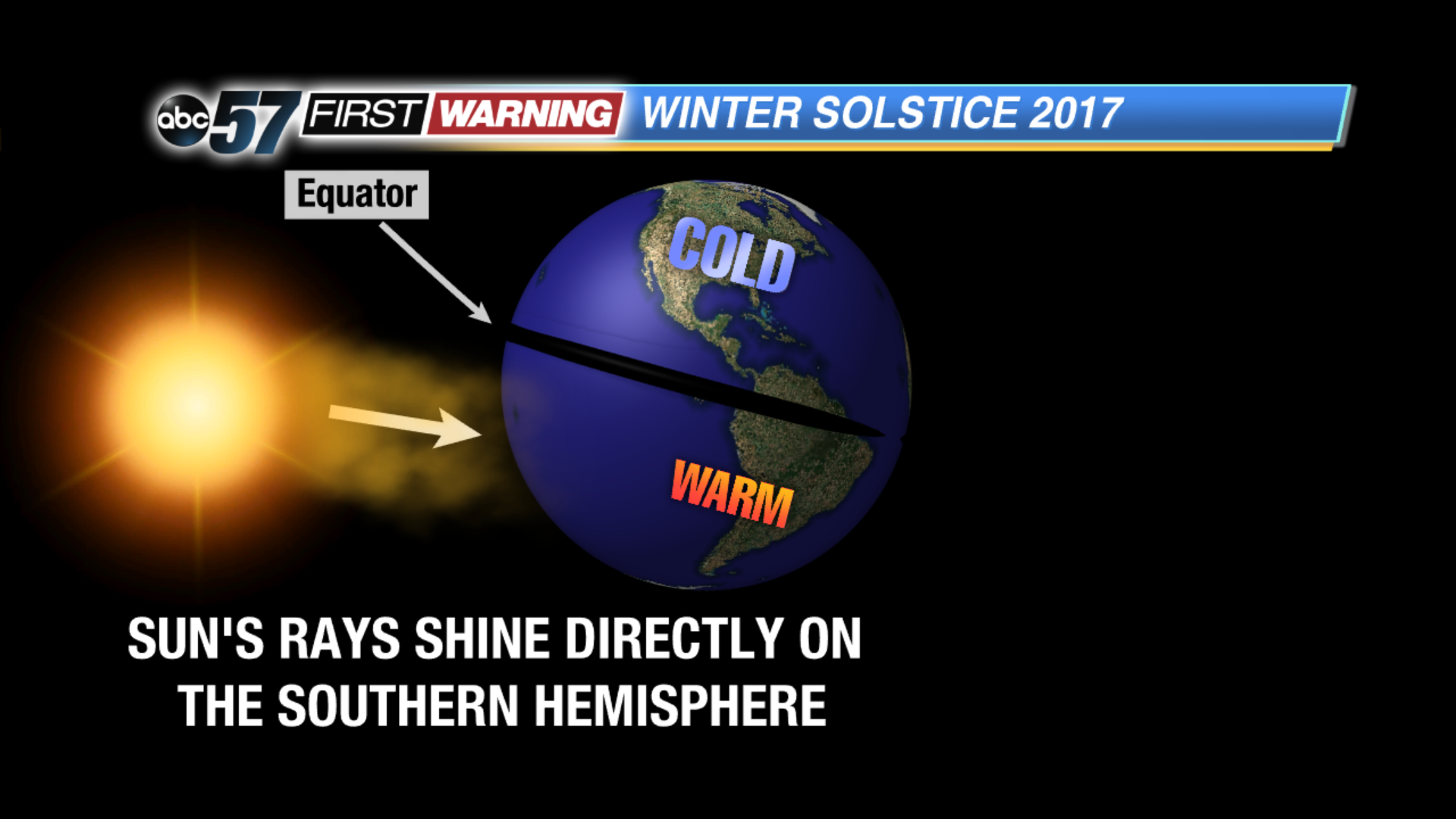 It's quickly approaching: the Winter Solstice occurs at exactly 11:28 AM Eastern Time Thursday morning. That means the sun's direct rays will be right over the Tropic of Capricorn at 23.5° south latitude. As a result, the Southern Hemisphere will officially kick off summer. Meanwhile, the United States and the remainder of the Northern Hemisphere will be entering winter. Despite the sun's rays being directed at the Southern Hemisphere, and it being the shortest day of the year, the Winter Solstice is usually not the coldest. That is usually in January as there is a bit of a lag time for the coldest air of the year to settle in. That is why Michiana experiences its coldest temperatures, on average, during the heart of the first month of the year. 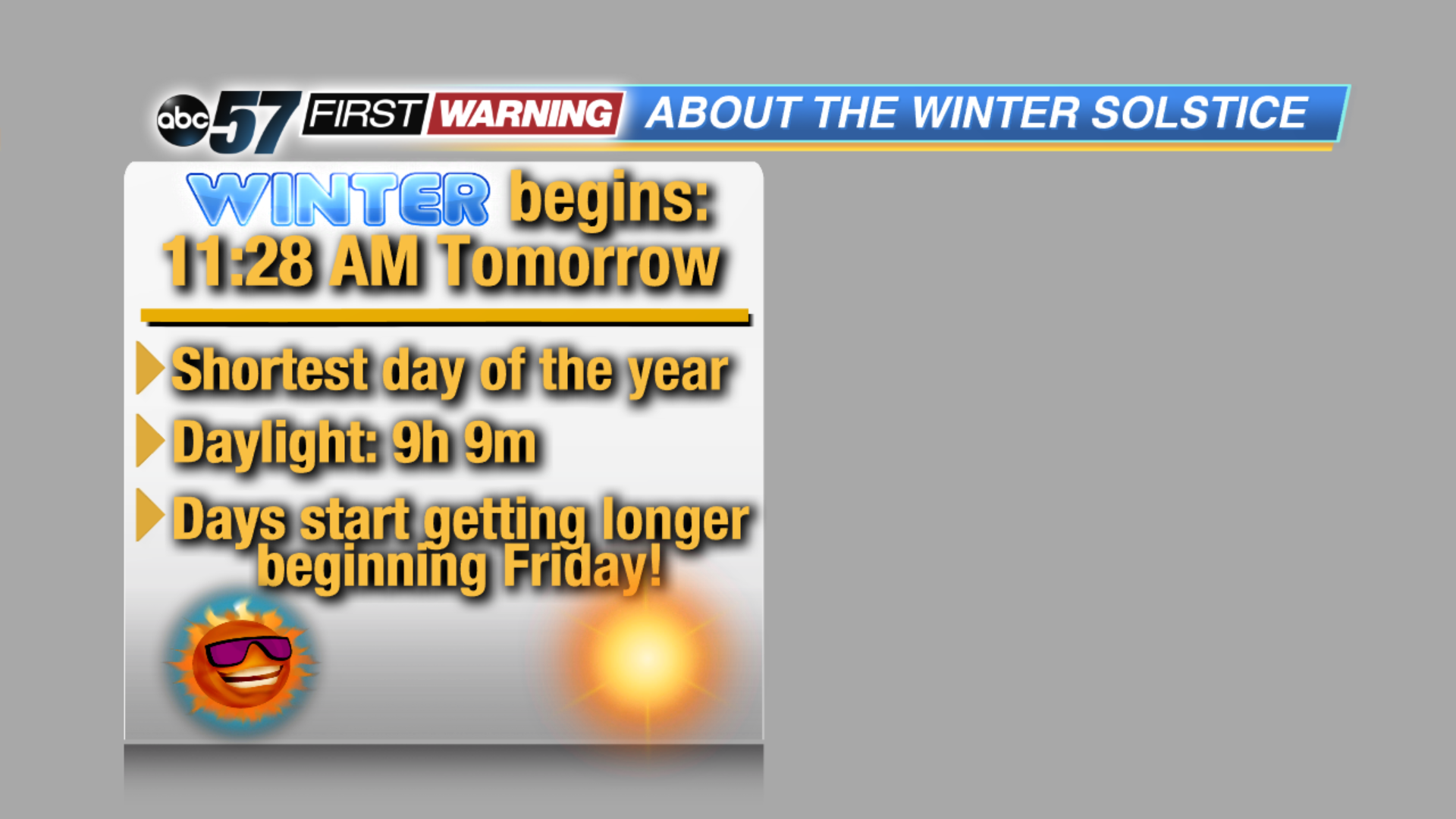 South Bend and surrounding areas will see about 9 hours and 9 minutes of total daylight on Thursday, with each day beyond that seeing an increase in total daylight. A common misnomer, though, is that just because it's the shortest day of the year, it does not mean that it's our earliest sunset of the year. That actually occurred back on December 9th.

What this all means is that our days get longer beginning Friday! That is something to look forward to despite the incoming blast of arctic air set to arrive the week of Christmas Day. The coldest air of the season thus far is likely between Christmas and New Year's. Highs in the teens and twenties and lows in the single digits and teens appear likely beginning Christmas Day and lasting through at least New Year's Day. 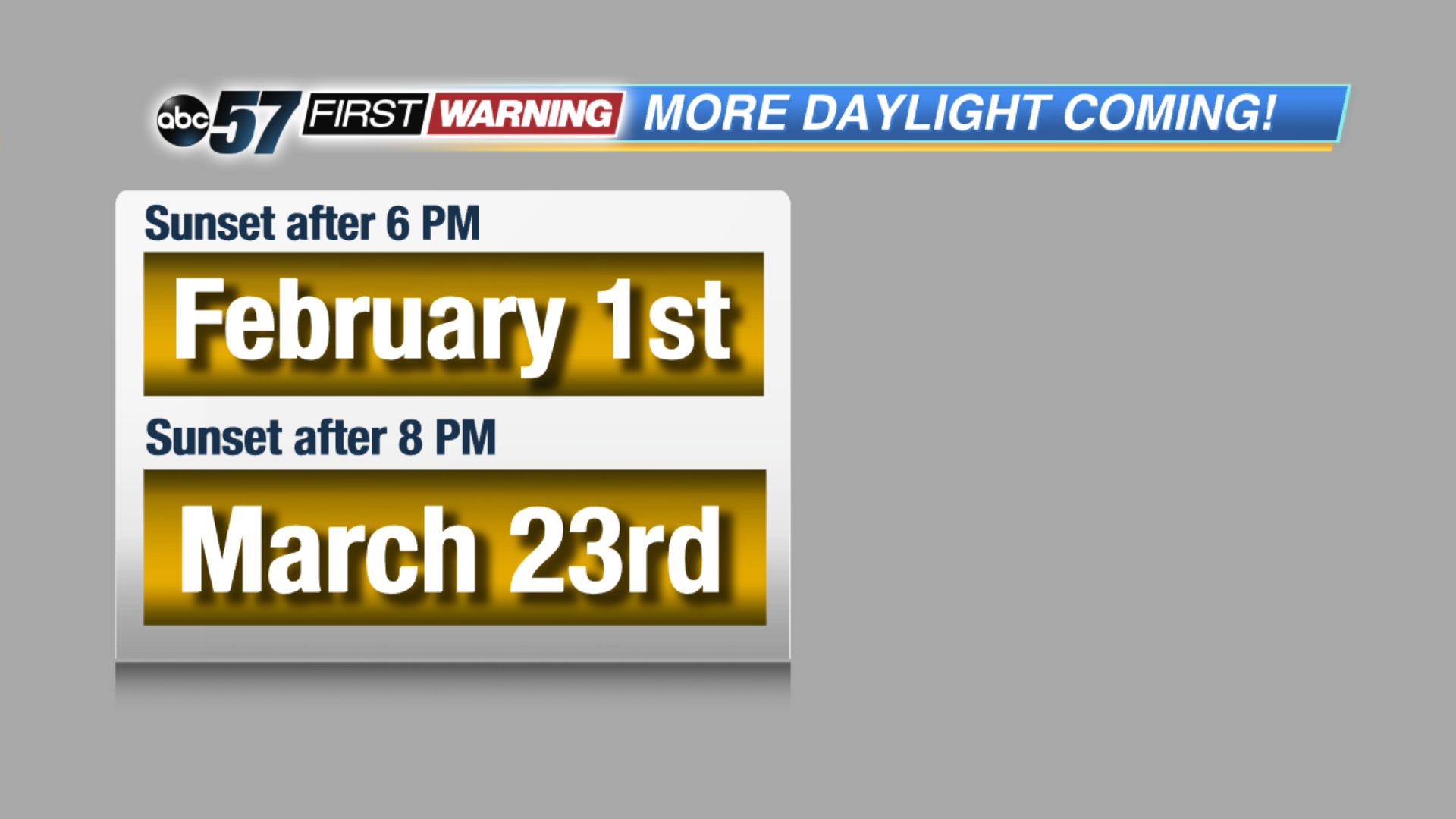