Squirrels, thunderstorms, caterpillars, and acorns maybe aren't the most accurate weather prognosticators, but they all offer their own fun winter weather predictions.

Similar to the groundhog in February, these predictions don't offer a lot of meteorological value, but they're sayings that have been around for a long time.

One of these, from the Farmers' Almanac, states that the first snowfall will happen six weeks after the last thunderstorm in September. 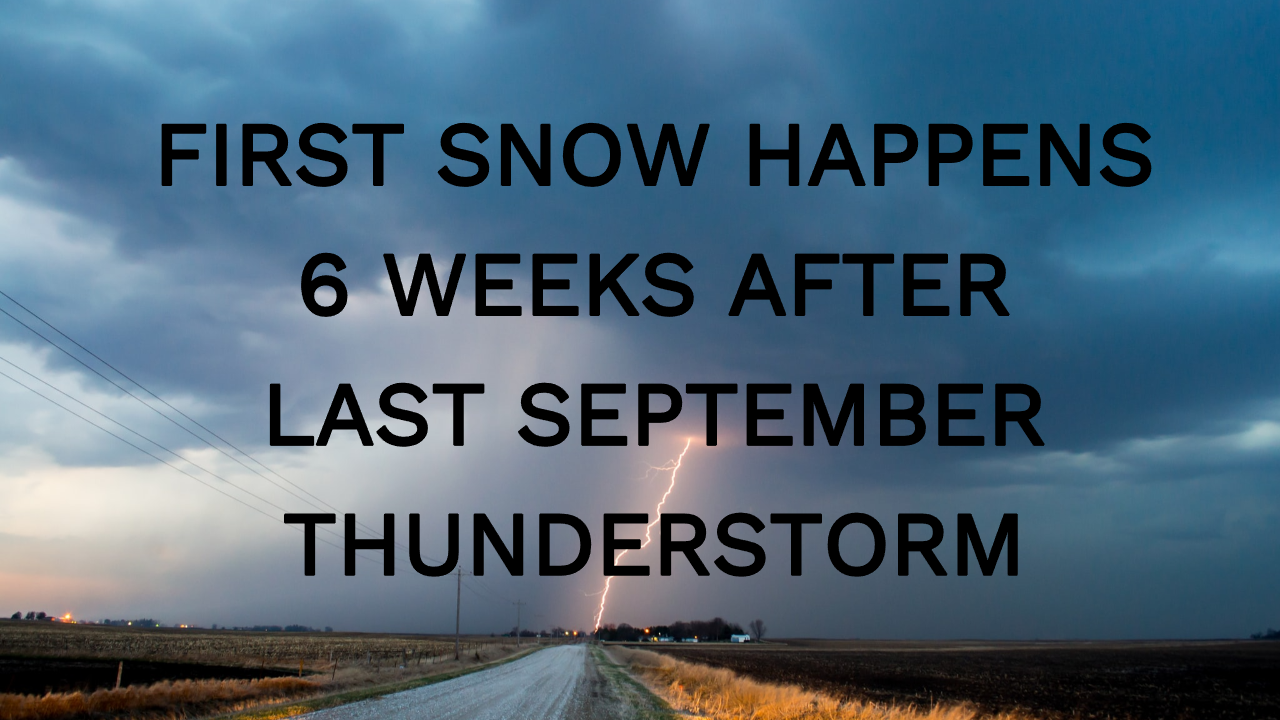 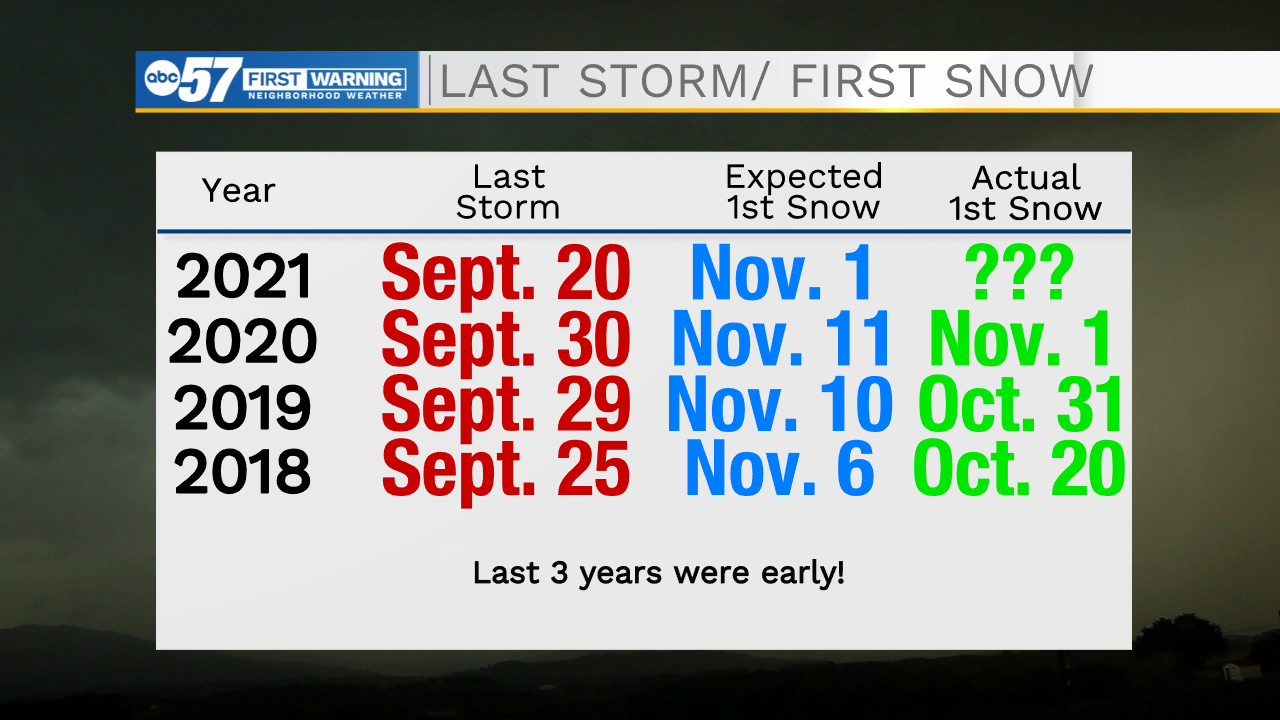 In 2018 and 2019, the first snowfall happened earlier than expected by this saying too.

This year, the last September thunderstorm was on the 20th. That would mean we expect the first snow around November 1, but if the trend holds true, maybe it will be earlier.

Now that it is October, you might start to notice some friendly woolly worms in your backyard. Alright, they're actually called woolly bear caterpillars, but woolly worm sounds a little more fun, and after all, this entire story is all goofy.

The legend goes that the bands of color around the caterpillars predict the severity of the coming winter. More black bands mean a tough winter, while more bands of the tan/orange color mean a mild winter. 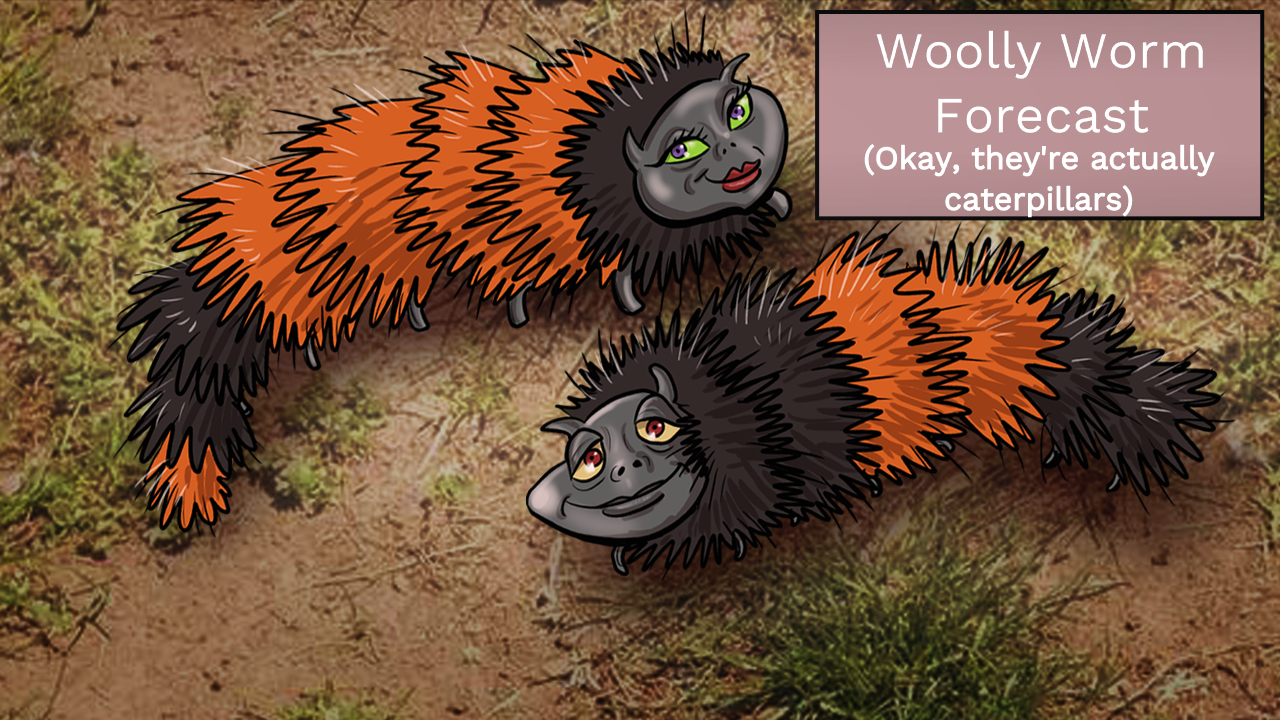 This has been a saying for a long time, although it gained lots of popularity in the 1940s and 50s when Dr. Howard Curran actually tried gathering data surrounding this saying. He used his study to make a winter forecast, and people all across the country have been using this method ever since.

In reality, the different colors can tell entomologists about the caterpillars' age, species, and diet. They can't really tell much to meteorologists.

When you're out looking for the woolly worms, keep an eye peeled on a few other things.

Supposedly, if the leaves on trees fall while they are still green, we are in for a mild winter.

If you see a lot of acorns during the fall, that could be a sign of a cold winter, as there is more food prepared for squirrels to gather.

Speaking of squirrels, if you see that they have very bushy tails in the fall, they may be preparing for a cold winter.

What's the bottom line here? What will winter 2022 look like? Depends on who you ask - the squirrels, the woolly worms, or the meteorologists! Stick with the First Warning Neighborhood Weather team as we get our winter forecast together. In the name of fun, feel free to share with us any photos of woolly worms you might find!