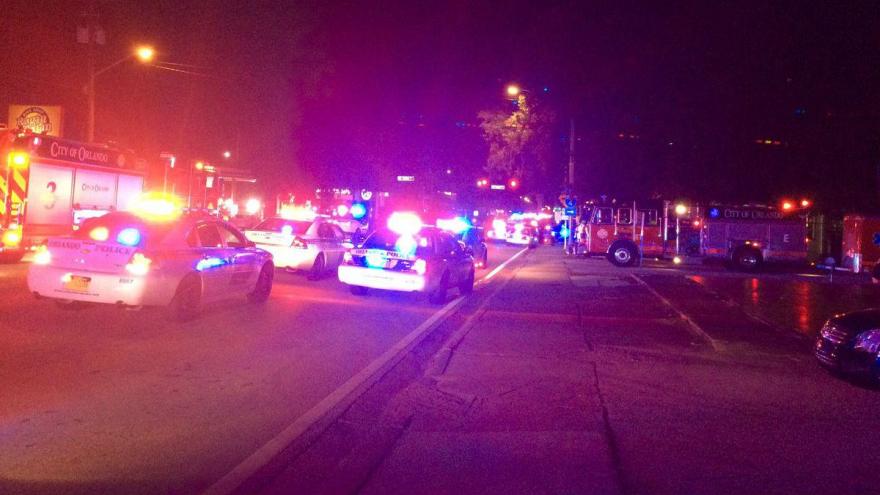 Orlando, FL -- Firsthand accounts of what happened during the mass shooting at Pulse nightclub describe the terror and some incredible acts of bravery during the early morning hours of Sunday.

One witness describes how in a matter of seconds, the lively Latin night turned horrific and bloody, but when he realized he was not one of the victim's shot, he grabbed some of the injured to carry them to safety.

"I was right by the VIP with the lounge where the couches were and the guy next to me drops and there's blood," Christopher Hansen said. "I feel wetness and then I see behind me there's a bunch of people falling and screaming and then you're hearing that 'bang bang.'"

Hansen said he hit the ground and started to crawl out of the Pulse nightclub, located at 1912 South Orange Ave. in Orlando.

"They were just screaming, 'get out get out,' but you know when you see somebody laying there, bleeding, you can't just leave them," Hansen said. "So I put him over my shoulder and got him across the street."

Hansen said one man was shot in the back, but the bullet never went through.

"I took my bandana off to plug that wound to make sure - that guy's name was Junior - that he was able to not bleed anymore," Hansen said.

He said paramedics were quick to get to the scene and as word spread about the mass shooting, friends and family members arrived hoping to find their loved ones.

"My son's boyfriend - they saw him being transported into an ambulance with multiple gunshots, but my son hasn't been heard from so I don't know if he was left in the club, if he got shot, or if he's being worked on here," a mother said about her 32-year-old son named Christopher. "It's terrible he's my only child."

Identities of the victims are starting to be released as next of kin are notified.

The City of Orlando has created a new website that lists the names of the victims.