Witness says he hid in courtroom during shooting 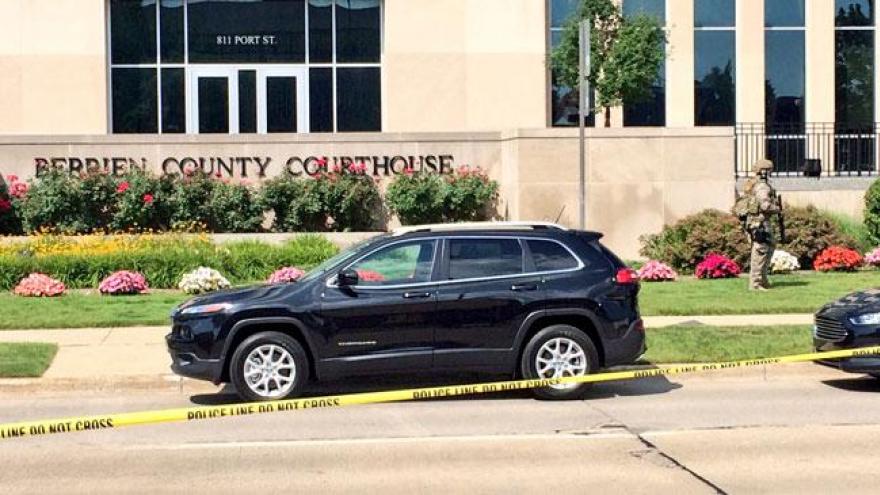 A witness in a courtroom near the shooting spoke to ABC57 about what happened in the Berrien County Courthouse when shots were fired Monday afternoon.

The witness, who spoke with ABC57 by phone, did not want to be identified.

The man said he was in court on a civil matter when he heard shots fired in the hallway.

The bailiff from his courtroom went outside to help and was shot and killed.

"I was about 10 feet away from it all. There were multiple gunshots between the guy, the bailiffs and police officers."

He said after the shooting was over, he and several people were taken into a holding room. He was there for about two and half hours.

The witness said he spoke to the bailiff who was killed earlier in the day.