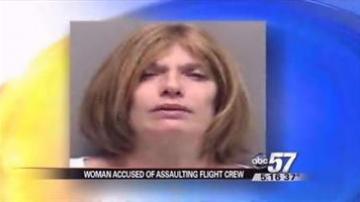 She was headed from Charlotte to Ft. Myers, Florida and had to be restrained. An off duty sheriff's deputy was on board and helped corral the 50-year-old.

The woman faces charges of batter and interfering with the operation of an aircraft.