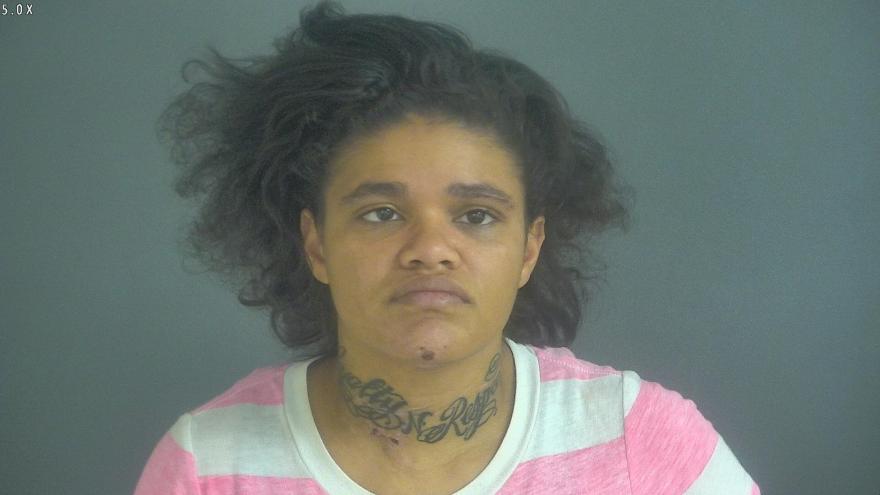 According to the probable cause affidavit, Adara Kayleane Nicol was staying at a home on Lawrence Street in South Bend with permission from the two adults, a man and a woman, who lived there.

Three children also lived in the home, including an eight-month-old boy.

On May 3, the two adults in the home noticed that Nicol had burn marks on her arms that appeared to be from a Bic lighter, court documents said.

The next day, the woman asked Nicol to place the eight-month-old on the couch and the woman laid down on the couch in the living room for a nap, documents said.

According to the probable cause affidavit, sometime later, the man in the home picked up the eight-month-old to change his diaper and noticed a burn mark on the boy’s back, appearing to be consistent with a Bic lighter burn mark.

The man and the woman discussed the burn mark, during which time Nicol appeared to be acting “out of character,” reports said.

Nicol then contacted her boyfriend and left the home, at which point the man and woman sent Facebook and text messages to Nicol, accusing her of harming the eight-month-old but Nicol did not reply, court documents said.

The next day, on May 5, Nicol returned to the home with her boyfriend, banged on the door and attempted to get into the home to get her belongings, reports said.

Nicol and the woman got into a physical fight and Nicol left the home, court documents said.

On May 6, the man and woman contacted police.

Nicol was arrested and taken to the St. Joseph County Jail on a charge of battery on a person less than 14-years-old.

According to court records, Nicol was placed on pretrial supervision on July 29 and she is due back in court on August 12.