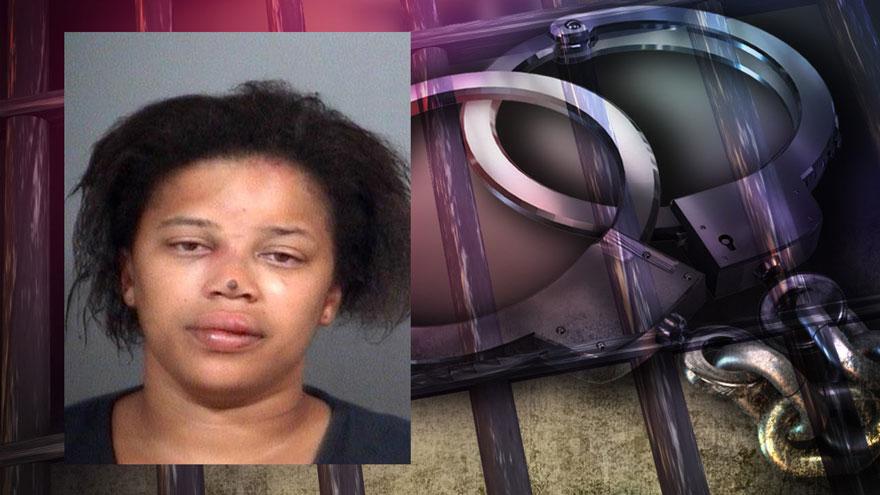 SOUTH BEND, Ind. -- A woman has been arrested for allegedly stabbing a man with a broken bottle, according to court records.

On August 22, South Bend Police were called to Indiana Avenue to investigate reports of an injured man.

When officers arrived to the scene, they found Reginald Harris bleeding from the head. When he stood up, they discovered a large gaping wound on his abdomen, along with cuts on his back and face, police said.

Harris told police he had gone to a residence, but decided to leave when he heard 34-year-old Lasheka Cole was returning.

He left, but forgot something - so he had to go back to the residence.

While there, Cole struck him in the head with a bottle and Harris hit her back, according to the probable cause affidavit.

Harris told police Cole then cut him and stabbed him with the broken bottle, according to reports.

Harris went to his home and while trying to get into his home, Cole struck him several times in the back and stabbed him in the left side, reports said.

After the incident, Cole spoke with officers. She said she may have said something to Harris to prompt the altercation, but said he hit her in the head and struck her with his fists and knees.

Cole allegedly said she had a glass object, but didn't want to say anything else because she couldn't remember, according to the probable cause affidavit.