Woman accused of stealing from Mishawaka veterans appears in court 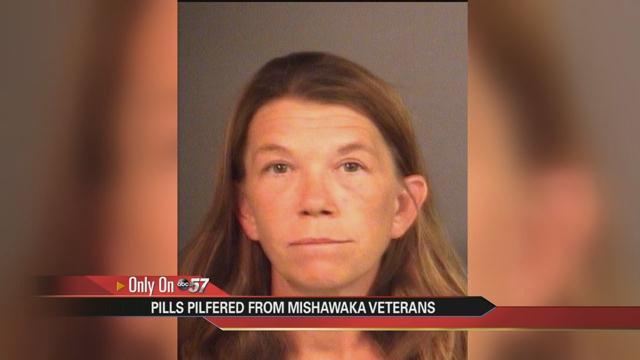 A woman is accused of stealing medication from Mishawaka veterans.

Michele Raub was arraigned Friday, after being arrested Thursday.

According to documents, Raub, who was employed as a mail carrier, allegedly stole pills sent from the VA to Mishawaka residents.

They installed a camera in her delivery vehicle.

Footage showed her opening and inspecting pills being shipped.

When confronted by authorities, documents say Raub eventually confessed, leading investigators to her home where she found the pills.

One of the victims of this alleged theft, Charmon Mikel, originally alerted the post office that something was wrong.

“My mail used to come like clockwork,” Mikel said.

It was powerful painkillers he was missing.

“I hurt my back wearing all the gear, getting in and out of vehicles, going on combat raids,” Mikel said.

Mikel says he’s happy the investigation is complete, but is now wary of mail order pharmacy.

“Maybe there’s other modes or means for us to get it,” Mikel said of his VA-covered medication.

Raub is charged with two counts of theft, two counts of possession of a controlled substance and one count of official misconduct.