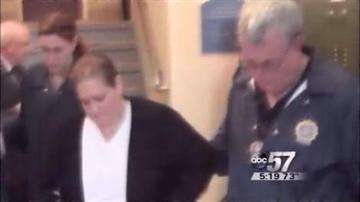 QUEENS, N.Y. -- A woman accused of scamming the government after Superstorm Sandy is facing fraud charges.

The woman was arrested Tuesday at a New York Hotel.

Police say she had been staying at the hotel on the taxpayers' dime, to the tune of $83,000 in hotel charges over 9 months.

Police say she claimed to be homeless after the storm but actually lived outside the flood zone.

"She owns two homes that were a mile and a half from the nearest flood zone. She scammed the system in multiple ways for months," said New York State Attorney General Eric Schneiderman.

At least one of those homes was damaged from hurricane Irene in 2011but records show the woman already received a FEMA settlement for those damages.

Officials say she also got money for food and a car she claimed was lost during Sandy.