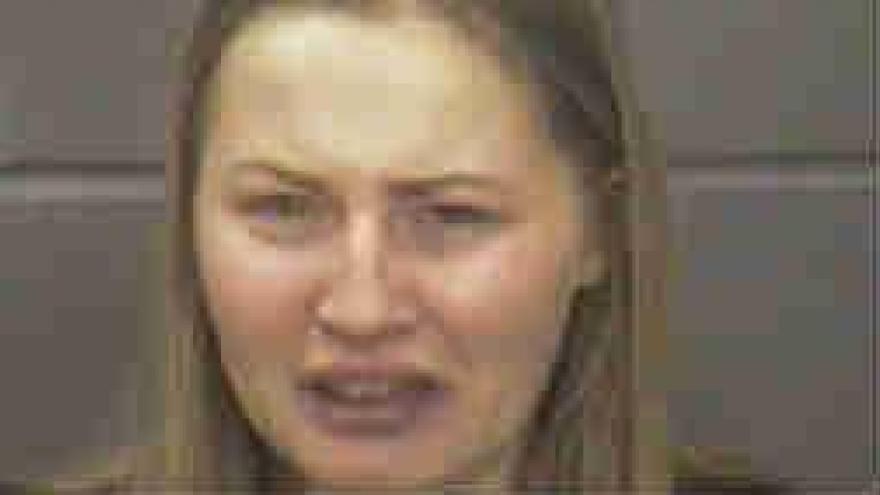 A woman was arrested for allegedly leaving the scene of multiple accidents and fleeing from police.

At approximately 2:50 p.m. on Friday, police were dispatched to Johnson Street and Beardsley Avenue to respond to an accident.

Upon arrival, police spoke to witnesses and the victims of the accident and found that a suspect had been involved in a minor accident at the intersection of Beardsley Avenue and Edwardsburg Avenue and left the scene.

Police say the suspect, later identified as Kelly R. Smith, a 20-year-old woman from Bristol, then ran the red light at the intersection of Beardsley Avenue and Johnson Street, and was subsequently involved in a second crash.

Witnesses told police that Smith became hysterical and began to knock on the windows of passing vehicles.

One passing vehicle then stopped to check on Smith who then instructed the driver of that vehicle to move over. The person moved to the passenger seat and Smith allegedly jumped into the driver's seat and started driving.

Police say the passenger began to fear for his safety jumped out of the vehicle.

An Indiana State Trooper saw Smith run a red light at CR10 and CR17 and attempted to pull her over, reports said.

Police say Smith then crashed into a vehicle in the 16000 block of County Road 8 and then she was taken into custody.

Officers arrested Smith for leaving the scene of an accident, resisting law enforcement by fleeing in a vehicle, and robbery. Smith is being held in the Elkhart County Jail with no bond.