Woman burned to death outside California home, suspect at large 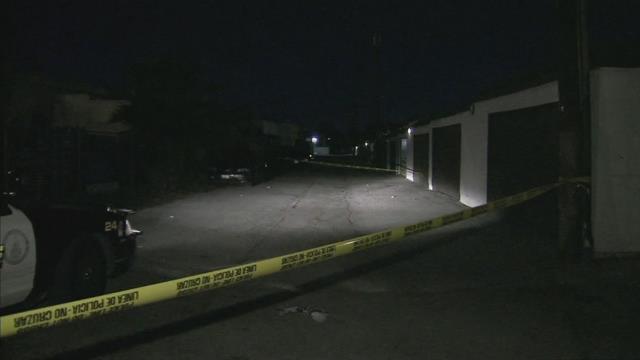 Police in Pomona, California, are searching for a male suspect in the death of a 41-year old woman found burned outside her home on Christmas Day.

Neighbors reported to police that they saw a woman running from a residence engulfed in flames then collapse on the street, the Pomona police department said in a news release.

Suffering from severe burns, that 41-year-old woman died shortly after arriving at a local hospital.

Police detectives believe the victim and the suspect were involved in an intense argument that escalated to violence. At one point, the man chased the woman outside, doused her with gasoline and set her afire with what police say may be a lit cigarette.

The suspect hasn't been seen or heard from since.

Police in Pomona, a city of about 150,000 people located 30 miles east of Los Angeles, identified him as 51-year-old Clarence Duwell Dear.

Although there is no information suggesting he was armed during the time of the murder, authorities warned the public that Dear should be considered extremely dangerous.