Woman charged in death of man at Shirley Motel 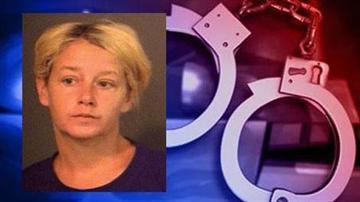 ST. JOSEPH COUNTY, Ind. -- A woman has been arrested for allegedly killing Edward Pierce at the Shirley Motel. Teri Rigley is facing one count of voluntary manslaughter.

The South Bend Police Department went to the Shirley Motel to conduct a welfare check on Pierce, who has lived in the motel for five years.

When police went in Pierce's room, they found him on the floor deceased, with blood all around him.

The coroner ruled the death a homicide and the cause of death to be sharp force injuries.

While reviewing surveillance video from the motel, police witnessed a woman go into Pierce's room at approximately 10:30 a.m. Saturday. She left the room a few minutes later, then a few minutes after that went into the room again, according to the probable cause affidavit.

She stayed in the room approximately 20 minutes, then came out with her hands covered by her sleeves, according to the probable cause affidavit.

Teri Rigley's roommate watched the video and confirmed she was the one walking in and out of Pierce's room, according to the probable cause affidavit.

When investigators spoke with Rigley, she claimed to have never been in his room. She also said he made unwanted advances towards her, according to the probable cause affidavit.

Rigley was also a resident of the motel.

Suspect in custody after opening fire on Cuban Embassy in Washington