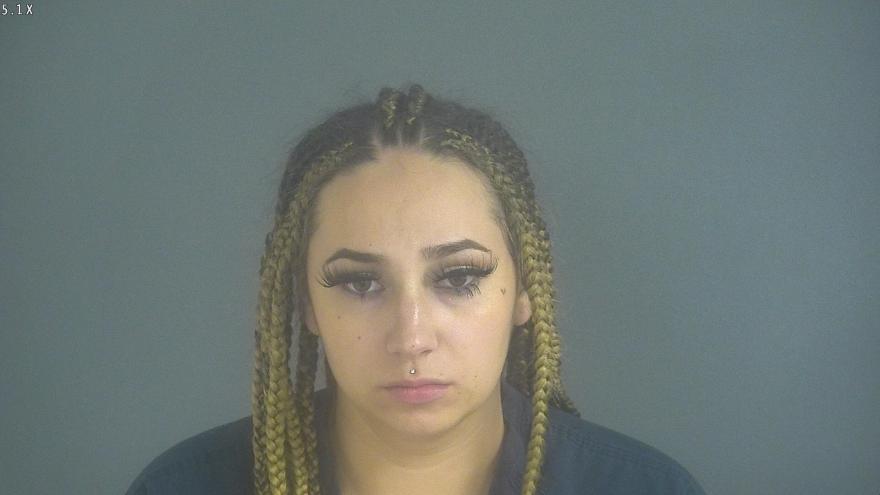 MISHAWAKA, Ind.— A woman has been charged in connection with the death of 24-year-old Dominique Herron in Mishawaka on September 6, according to the St. Joseph County Prosecutor’s Office.

Jeanette Williams, 24, has been charged with reckless homicide, criminal recklessness, and a felony firearm sentencing enhancement, according to the prosecutor’s office.

Mishawaka Police officers were called to the intersection of Logan and Mishawaka Avenue for reports of someone getting shot around 1:30 a.m. on September 6.

Several witnesses at the scene attempted to give aid to the victim, identified as Herron, inside of a car, reports said.

First responders pronounced Herron dead at the scene with at least one gunshot wound in her back, the probable cause affidavit said.

Officers located a handgun on the west side of Logan Street in the grass.

The occupants in the vehicle, a man and Williams, were taken to Metro Homicide to be interviewed.

The man told investigators that he was with his cousin, Herron, and Williams at Smith’s Bar in Mishawaka where he said that Williams consumed too much alcohol, according to the probable cause affidavit.

While leaving the bar, the three got into a fight with other bar patrons that carried into the parking lot and during the altercation, gunshots were fired from unrelated people near the bar, according to court documents.

The man said that Williams responded by firing her handgun and that she stated her gun was jammed, court documents said.

At that point, the three got back into the vehicle and left the area, reports said.

The man told police that no one was following them and there was no further shooting once they left the bar and he “never got above 50 mph, cognizant that he had a few drinks,” court documents said.

In his interview with investigators, the man said he then heard ringing in his ears while he was driving and heard the sound come from the back seat where Williams was seated.

The man told police it sounded as if the gun went off inside the car and when he turned onto Logan, he felt Herron slump over towards him from the front passenger seat, court documents said.

A 9mm casing was located inside the vehicle by investigators as well as a projectile in the car door of the front passenger seat.

Williams told police that she went out drinking with friends that evening and she had her handgun on her, court documents said.

During the fight outside of the bar, she told investigators that she was unsure of where the initial gunshots came from and she responded by firing her gun into the air, the probable cause affidavit said.

Williams told police her gun malfunctioned and she had to “rack the slide numerous times to get it to fire,” court documents said.

Investigators said that Williams gave conflicting information about her actions, saying she stated she left the scene and hung out the backseat driver’s window with her firearm but the man was driving so fast that her gun flew out of her hand and out the window, court documents said.

Williams also claimed Herron was shot as they were leaving the bar and she tried to give Herron first aid in the front passenger seat, court documents said.

Witnesses at the scene reported seeing Williams run to the area where the gun was found by police and heard her say that she was going to jail for this as she tossed the gun into the grass, according to the probable cause affidavit.

Williams denied putting the gun in the grass and said she did not fire the gun inside of the vehicle, court documents said.

Williams is due in court on September 8.