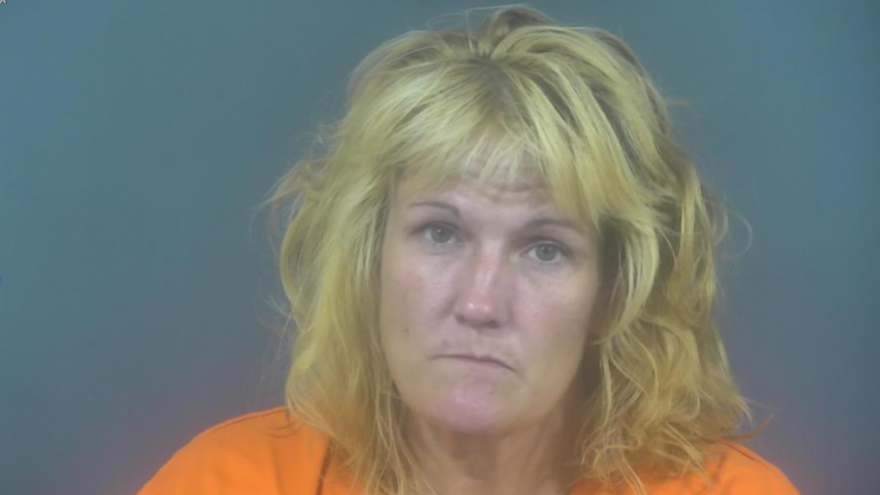 ST. JOSEPH COUNTY, Ind. -- A woman has been charged in connection with a bomb threat made at an area church on Sunday, according to court records.

Lisa O'Donnell has been charged with distributing a hoax device and impersonation of a public servant.

South Bend Police were called to a church in the 5300 block of W. Sample for reports of a suspicious package.

A member of the church told police she and other members of the congregation found O'Donnell in the kitchen searching through the cabinets. When asked what she was doing, O'Donnell allegedly said there were dangerous items in the cabinets, according to the probable cause affidavit.

O'Donnell then allegedly made racist comments against the woman and the congregation, reports said.

O'Donnell said she was with the justice department, but refused to show identification and left.

A short time later, O'Donnell came to the door with a box in her hand, put the box on the ground and then left, reports said.

A message on the box said "Dangerous, will blow internally in 10 minute" according to the probable cause affidavit.

The members evacuated the church and called police.

When police arrived, witnesses saw O'Donnell walking on Sample Street and identified her as the woman who left the box, reports said.

O'Donnell was taken into custody to be questioned about the incident.

She said she went to the church a couple days prior and people there were singing in a different language. She also reported seeing something dangerous in a Styrofoam box.

When members asked what she was doing, O'Donnell said she left.

O'Donnell went across the street, got an empty box, wrapped it with paper and put dangerous on it, according to the probable cause  affidavit.

When asked if she was trying to scare someone with the box, she said she wanted to hand it to them and see their reaction, reports said.

She also allegedly admitted to claiming she was with the Department of Justice. She said she told them that so they would answer her questions.

When the box was retrieved, there was nothing inside, reports said.