Woman facing charges for taking her daughter to a tanning salon 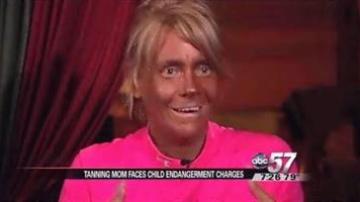 Tanning can be a controversial issue, but one woman, Patricia Krentcil is facing criminal charges for taking her daughter to a tanning salon.

The mom didn't deny that she hadn't taken her daughter to the salon, but said that she never let her 5-year-old daughter actually tan.

The young girl's school nurse noticed that she had a rash, and called Child Services because she claimed that it was from tanning.

Krentcil said, " My daughter and I, we'll go shopping and get our nails done, tan.
And when I say tan, I'll tan.I tan.I would never put a child in any form of danger."

Authorities said Krentcil took her daughter into a tanning room with her, without the salon's knowledge and for that she has been charged with second degree child endangerment.