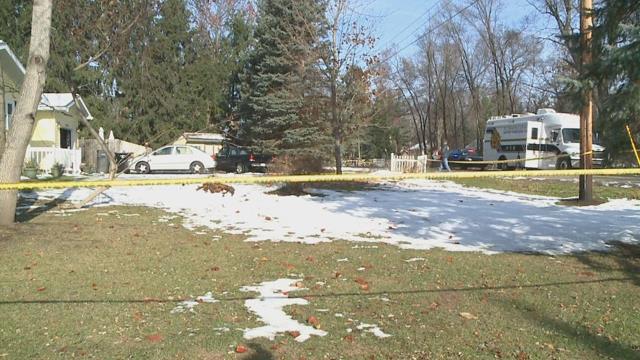 St. Joseph County Police and the Metro Homicide Unit are investigating a death.

Around 8:30 a.m. Wednesday, a Elizabeth Maikey's body was found inside a home in the 52000 block of Kenilworth Road.

"A neighbor had driven by this residence, had seen the garage door open, thought it was unusual, and that neighbor checked the residence and actually discovered a female person in there who was down and unresponsive," Assistant St. Joseph County Police Chief Bill Thompson said.

Maikey was found unresponsive inside and was pronounced dead at the scene.

The police tape is something neighbors say they rarely see in that area.

"With it being a quiet neighborhood nothing like this really happens," neighbor Alexus Sly said.

An autopsy is expected to be conducted on Friday in Kalamazoo.

Police are not sure whether or not foul play is involved.

"Those are some of the tests, some of the investigative steps that metro homicide is going through right now," Thompson said.

Public records and neighbors say Maikey and one other woman lived in the house.

"They were quiet and kept to themselves," Sly said.

According to Metro Homicide, Maikey was in her fifties.