Woman in wheelchair wins a treadmill on 'The Price is Right' 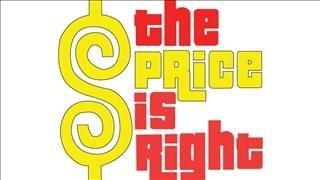 Any "Price is Right" fan has probably dreamed of one day going on the show and being summoned to "Come on down!" while simultaneously fearing the worst-case scenario of never making it on stage to meet host Drew Carey, or going over on the showcase showdown.

Or worse: not spinning the wheel hard enough to make a complete rotation.

Danielle Perez's trip to "The Price is Right" looked like the dream scenario in an episode that aired Tuesday. She made it on stage and met Carey. She even won her pricing game, sending her home with a wooden cabinet and a treadmill.

Which would've been great, except that Perez has no legs and she uses a wheelchair.

Perez's cringe-worthy win was quickly posted on YouTube and garnered plenty of reaction on social media.

"This poor woman in a wheelchair just won a treadmill on Price is Right," Chad Neidt wrote on Twitter.

Another person on Twitter said, "For the first time ever I saw a woman in a wheelchair make it on The Price is Right. Her prize was a treadmill. God is very very cruel."

Perez's friend said the awkward moment proves that the show isn't rigged, posting on Twitter, "My BFF @DivaDelux won a treadmill on The Price is Right, she's in a wheelchair. Lol...At least we know now that nothing is fixed."

But possibly the best reaction came from Perez herself, who tweeted a picture of herself on the show, saying, "when you win a treadmill on national TV, but you have no feet."

Perez, who is a comedian, has been in a wheelchair since 2004 after losing her legs in an accident. She said the strangest thing about her win was the reaction of the staff members on the show.

"I kept thinking that it was a really big joke," she said with a laugh, "But there was no irony in their cheers or applause."

Despite a collective and awkward pause from the audience that she said was edited out of the show, "Everyone at CBS seemed genuinely excited for me that I won."

Perez retweeted several of the tweets referencing her win, demonstrating she has a sense of humor about it all. She may not be able to use the treadmill, but as she tweeted, "I'm in a wheelchair & won a treadmill on @PriceIsRight and have no feet & my blow out was on point. Life got."

She said Carey offered to help her spin the wheel when it was her turn, but she wanted to do it herself and succeeded the first time at getting the wheel to make a full rotation, landing on $.75. Though she didn't make it to the showcase showdown, she said being on the show, even winning a treadmill, was "so much fun."

"I mean, what would I do with a party boat, anyway?" she said.

CBS said, "Every member of the 'The Price is Right' studio audience has a chance to be selected to play. Prizes are determined in advance of the show and are not decided based on the contestants."

Carey retweeted one of Perez's tweets, saying, "Love you."

Perez hasn't yet received her prizes, and she isn't sure what she'll do with the treadmill once it arrives, but said perhaps she'll do what most do with exercise equipment and simply use it like a piece of furniture.