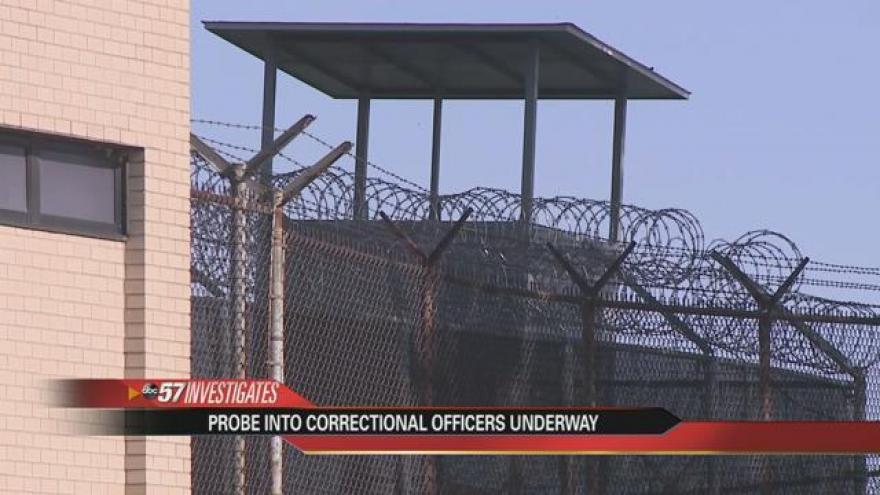 An off-duty conduct investigation into four correctional officers at the Berrien County Jail is underway.

On September 3rd the Berrien County Sheriff said two of those officers have resigned and two are on paid leave pending the internal investigation.

ABC57's Alexandra Koehn has filed four freedom of information requests for the identities and personnel files of those officers.

A former inmate at the jail is speaking exclusively with ABC57 to explain her part in the off-duty conduct probe.

Our agreement was to conceal her identity.

"I mean he hinted things. He thought I was attractive, me and another girl, I won’t mention her name because it’s not my place. We used to wait by what we called "the button" in jail and we would wait by that "button" and let them know it was okay to come up and we would give them sealed envelopes.”

She said she would pass "love notes" with correctional officers when she was behind bars in 2014. When she got out of lock up, she said she logged on to Facebook to find messages from one of the sergeants she said she met in jail.

Now she claims she is part of the ongoing investigation.

“I think that is so wrong and I mean he wanted to do sexual things with me, but I was always so messed up on the street and I’d only really talk to him if I needed a favor that I knew he would do.”

This former inmate Skyped with with ABC57's Alexandra Koehn from an addiction recovery center in a different state.

Last year, she said she served four months in jail for two drug-related felonies as well as a felony for breaking and entering.

She said she feels guilty for her role in talking to and hanging out with the correctional officer when she was on probation.

“I was really out of my mind when a lot of this stuff happened. I’m a very young girl. I’m a drug addicted girl. I have substance abuse problems that I've had since I was 16 and for him knowing all that, and still trying to conversate with me inappropriately?”

According to Sheriff Paul Bailey, it is stated in his code of conduct that officers are not allowed to associate with convicted felons outside of their official capacity.

The Sheriff declined ABC57's request for an on-camera interview because he said this is a personnel matter and may not be criminal.

ABC57 filed four public information requests with the county attorney for the employee personnel files and identities of the suspended officers.

They have postponed answering the FOIA request until September 30th.

Meanwhile, the former inmate is still left wondering what will come of this investigation.

“I just hope justice comes out of this, but I mean I feel like I’m a 3-time felon junkie whose been taken advantage of that’s exactly how I feel, beaten down.”

The former inmate said her motive in telling this story is to be brave and encourage other young women to stand up for themselves.

On September 15th the Berrien County Prosecutor said no charges have been filed against the officers under investigation.