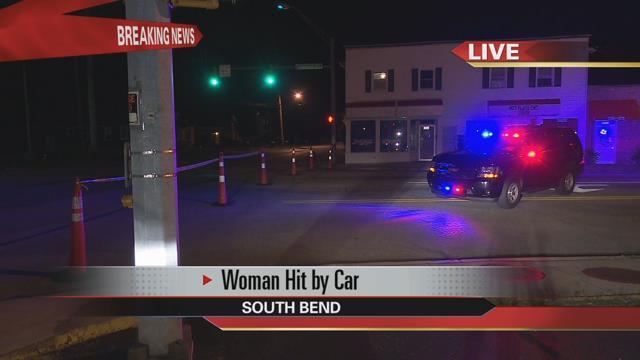 A woman was hit by a truck on the corner of Mishawaka Avenue and 36th Street in River Park as she was crossing the street, walking from Murphy's Backyard Bar and Grill.

The call came in at approximately 9:30 p.m. on Wednesday.

Police say the woman is injured and has been taken to Memorial Hospital for treatment .

The driver has been transported to St. Joseph Medical Center for blood samples.

According to police, it appears the driver was not intoxicated when the accident happened.

Mishawaka Avenue from Logan Street to 36th Street were blocked off as the scene was being investigated.