Woman survives being stranded at sea 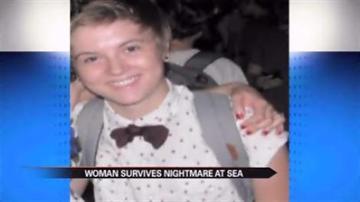 BRADENTON, Fla. -- A 20-year-old college student was stranded in the coastal waters near Honduras for 16 hours.

Heather Barnes was snorkeling without a buddy when she drifted out and became stranded.

She did not see any boats around that could rescue her and did the only thing she could to survive, tread water.

"Even when I didn't feel like I was strong enough there was enough of me that still wanted to keep going that like I did and there was not - it didn't seem like a choice," said Barnes.

Her friends sent out a search for her once they realized she was missing but she ended up swimming back to shore, where locals found her sunburned, and exhausted, but alive.