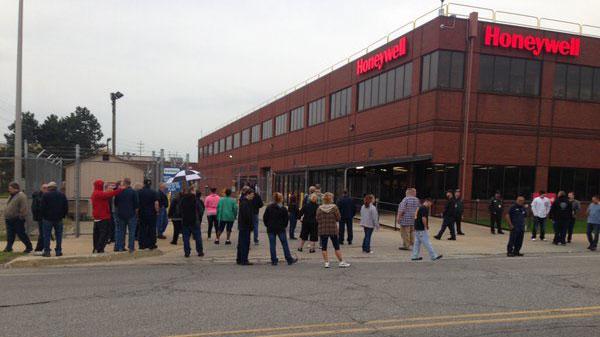 Company officials at Honeywell Aerospace are asking UAW Local 9 members to stay home from work, after  three weeks of negotiations failed to hammer out a new contract deal.

Honeywell says the UAW Local 9 members rejected an offer that would have provided wage increases over the contract term. There were some differences in this round of contract bargaining, compared to five years ago, that Honeywell attributes to sweeping changes across the aviation industry.

Company representatives say they remain optimistic they will reach a new collective bargaining agreement that provides wage increases and comprehensive benefits to employees, while supporting the company's long-term future.

In the meantime, salaried personnel and trained temporary workers will operate the South Bend site.

Honeywell says its employees earn an average of $80,000 a year, when overtime and benefits are added in.