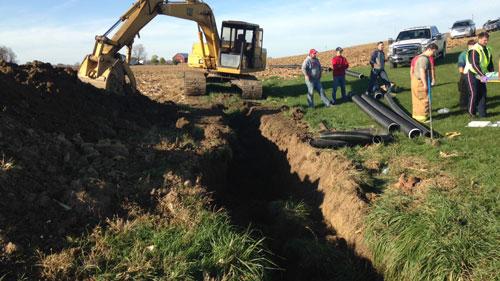 A 66-year-old man was rescued from a collapsed ditch Wednesday afternoon.

Emergency personnel from Silver Lake were called to 1323 East State Road 14 after a worker was trapped in a collapsed ditch.

His brother Perry Ayres was on scene during the accident and additional family members came to help relieve pressure on Dennis, who was buried up to his neck.

When emergency personnel arrived, he was rescued and flown to Lutheran Hospital in Fort Wayne in serious condition.