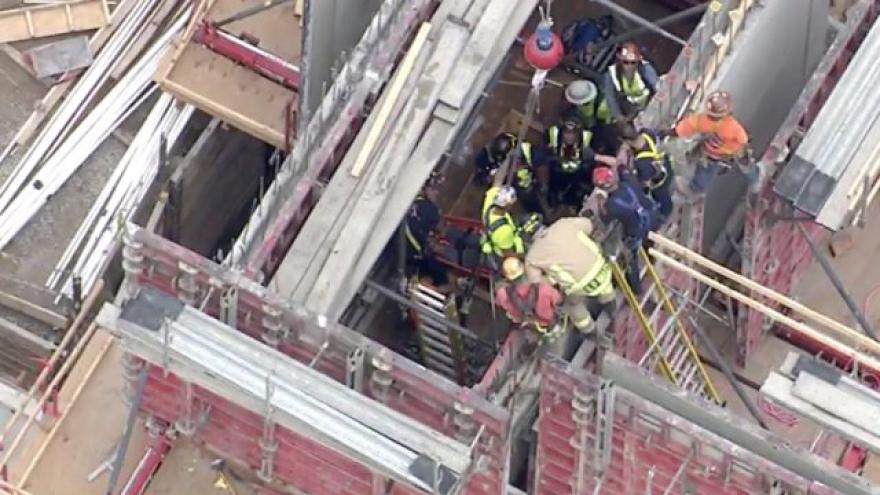 FARMINGTON HILLS, Mich. (WXYZ/CNN) -- A construction worker has been rescued after falling nearly 20 feet off a beam and into a hole at a construction site.

It happened at Beaumont Hospital in Farmington Hills, which is undergoing a multi-million dollar project.

An executive with the company doing the work said the worker was talking when rescued, and they are hopeful he will be ok.

It appears the worker was unrestrained, but it is too early to know if the incident could have been prevented, the company says.

In addition to EMT's and firefighters, medical personnel inside the hospital rushed out to help the man.

He is being treated at Beaumont.