'World first' statue of Jane Austen to be unveiled 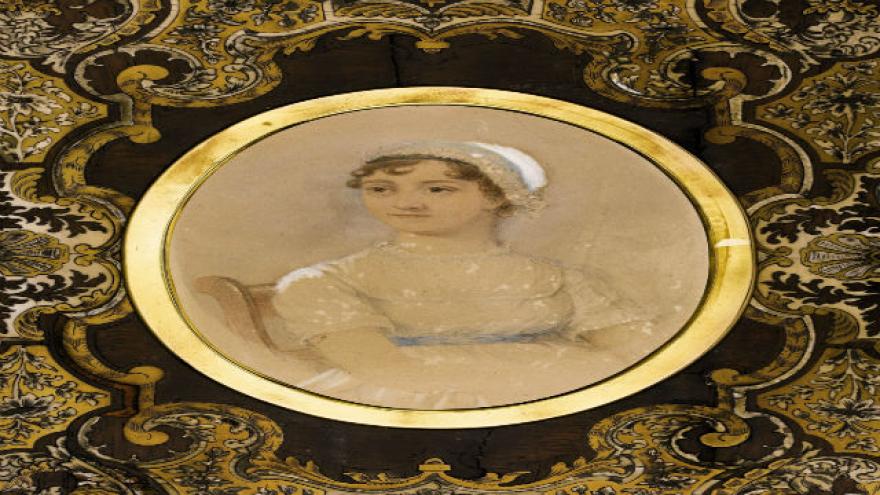 Watercolor over pencil portrait of Jane Austen auctioned up for auction in 2013. Photo courtesy Sotheby\'s

LONDON (CNN) -- It's a truth universally acknowledged that Jane Austen is a novelist loved across the world.

None more so than in the author's birthplace of Steventon, in southern England, where what's believed to be the first statue of the Pride and Prejudice author will be unveiled Tuesday.

The life-sized bronze figure was created by sculptor Adam Roud as part of a series of events marking the 200th anniversary of the writer's death.

Roud told CNN the statue of Austen, which he said was "my own interpretation of her," had taken nearly five months to complete.

The only confirmed portrait of the author, a watercolor sketch drawn by her sister Cassandra, hangs in the UK's National Portrait Gallery in London.

Roud said he was aware of the image: "That has been hovering in the back of my mind," he said, "but really I'd have preferred if that painting hadn't existed at all."

"For the sculpture, I wanted a believable figure of a woman walking through the town square," he explained, conceding: "No doubt I'll be praised by some and criticized by others."

A flower festival and a series of exhibitions will also be held in the area to mark the bicentenary of her death.

"I really wanted a lasting monument to Austen in our town center," local Member of Parliament Maria Miller told CNN, explaining that the statue's importance was twofold.

"We can honor our most famous -- really world-renowned -- resident, and it does also give us a chance to recognize women in public art," Miller said.

"This was where she lived her life and it was the surrounding area of Hampshire that inspired her novels. It's a hugely important moment for the town."

Austen was born in Steventon, where her father worked as the local minister, in 1775. She went on to write novels including Emma, Sense and Sensibility and Persuasion.

She died in 1817, at the age of 41. The cause of her death has been the subject of much speculation, but it is thought she may have been suffering from Addison's Disease.