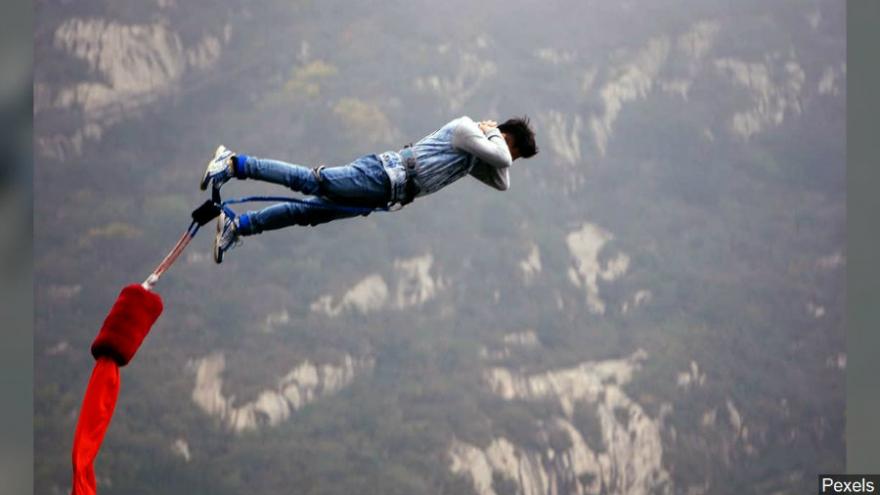 (CNN) -- For those who have successfully overcome their fears and walked the world's highest glass-bottom bridge in China, it's time to take things up a notch -- and bungee off it.

A new 260-meter-high (853 feet) bungee-jump platform will be added to the Zhangjiajie Grand Canyon Glass Bridge in August 2018. Once open, it will be the world's highest bungee jump.

The current record holder is the Macau Tower Bungy Jump, standing at 233 meters (764 feet) above ground.

"It'll be different from the Macau Tower Bungy Jump because bungee-jumping off a bridge doesn't require a guided cable so you'll have the feeling of free-falling."

Bungee enthusiasts from around the world were invited to be the first to try it. Among the lucky jumpers were Ollie Headon of the UK, who has bungee-jumped more than 200 times at more than 20 different bungee sites around the world, and Stephanie Shields, the only female bungee coach in Asia.

The bungee jump is operated by the BungyChina team and Zhangjiajie Retallick Outdoor Sports Co.,Ltd. The latter company was founded by Beau Retallick, who also created BungyJapan, and is a bungee veteran holding multiple records.

Naturally, Retallick also joined the challenge and jumped off the bridge with a mini bicycle.

Chen said that the scenic park is getting a few other major upgrades in the coming years. A new slide and the world's longest swing are some of the attractions planned.

The Zhangjiajie Grand Canyon Glass Bridge, which opened in 2016, stretches 430 meters over a 300-meter-deep valley between two cliffs in the beautiful Zhangjiajie Park, said to have inspired the scenery for the sci-fi movie "Avatar."

Designed by Israeli architect Haim Dotan, the glass-bottomed bridge has received 5.9 million visitors since it was open in 2016.

The bridge was closed for two weeks after it first opened to the public because of overwhelming demand. The bridge then reopened with an online reservation system a month later.

Visitors to the bridge can book their tickets on Zhangjiajie Grand Canyon's official website. Application for bungee jump session will soon open.