Wrong-way driver dies in crash on the toll road 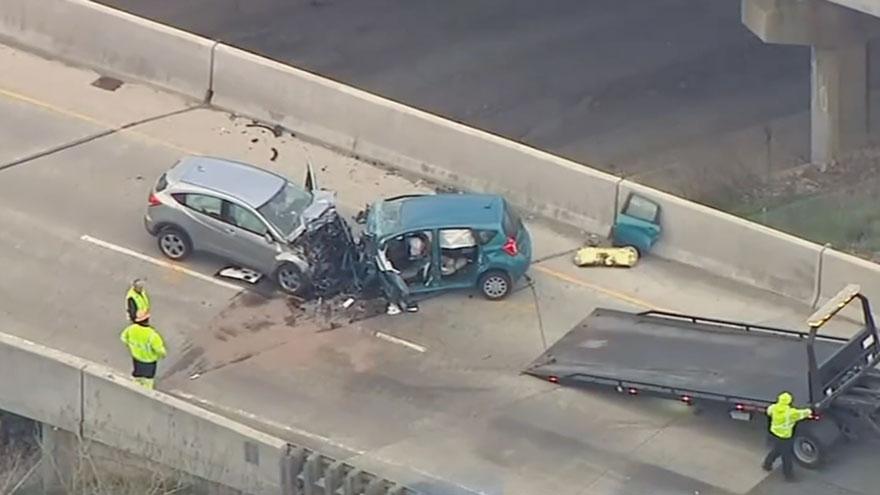 LAKE COUNTY, Ind. -- A driver who was traveling the wrong way on the Indiana Toll Road died when her car collided head-on with another vehicle, according to Indiana State Police. The other driver suffered life-threatening injuries.

Police received calls about a wrong way driver on the toll road just after 3 a.m. Thursday.

While troopers were responding, another 9-1-1 caller reported a crash near the 5-mile marker.

The preliminary investigation revealed a blue 2014 Nissan Versa was traveling eastbound in the westbound lanes when it collided head-on with a silver 2019 Honda HR-V.

The driver of the Nissan was declared deceased at the scene.

The driver of the Honda was flown to the hospital with life-threatening injuries.

Alcohol and/or drugs are believed to be a factor in the crash, police said.

The road was closed for several hours while the crash was investigated and cleaned up.