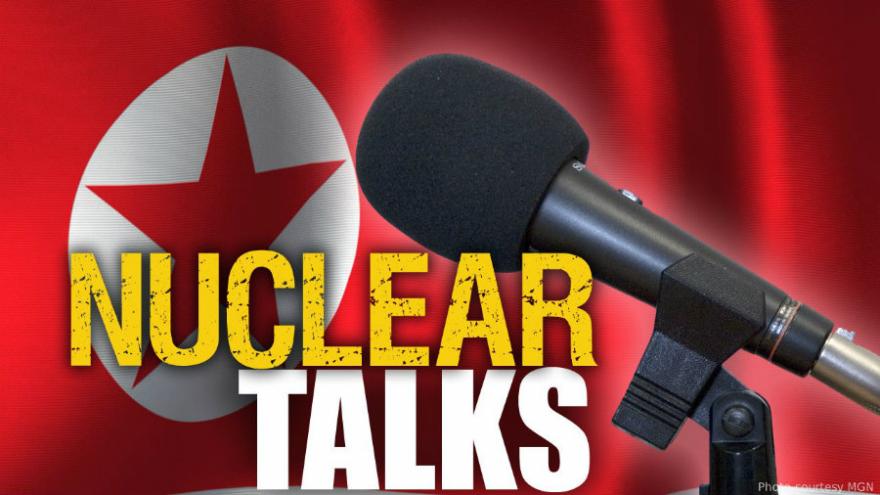 "When the president says that he will not make the mistakes of the past, that means the U.S. will not be making substantial concessions, such as lifting sanctions, until North Korea has substantially dismantled its nuclear programs," a senior Trump administration official told the newspaper.

A North Korea source told CNN that Kim has finally decided to open up a new chapter for his nation. Kim has committed himself to the path of denuclearization and will now focus solely on economic growth and improving the national economy, the source said.

The North Korean leader has realized the best path forward is to normalize relations with other countries, the source added. He is finally being recognized by the international community, and this is a historic, timely opportunity, the source said.

Trump declared Sunday morning the United States has not "given up anything" in negotiations with North Korea in response to criticism that Pyongyang is getting more out of the talks than Washington.

"Wow, we haven't given up anything & they have agreed to denuclearization (so great for World), site closure, & no more testing!" Trump tweeted.

The President followed up with a second tweet that said, "We are a long way from conclusion on North Korea, maybe things will work out, and maybe they won't -- only time will tell."

While South Korea has said Pyongyang is willing to talk about denuclearization at the expected US-North Korea summit, officials have not said it has actually made a concrete commitment to abandoning its nuclear weapons program.

North Korea said Friday that it is willing to stop nuclear as well as intermediate- and long-range ballistic rocket tests and would close a nuclear test site, but the country has not said it is willing to get rid of its nuclear arsenal.