Yes, this is a real house completely covered in ice 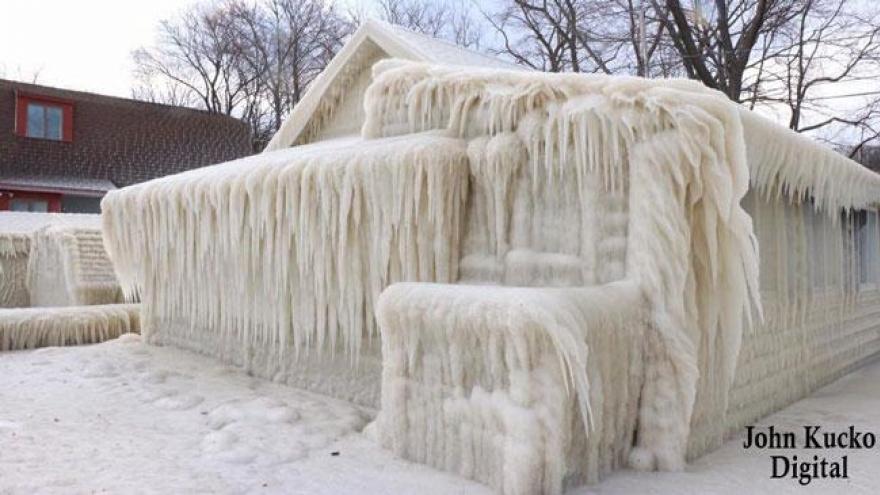 (CNN) -- There's cold, and then there's "my entire house is covered in ice and looks like an outtake from 'Frozen'" cold.

This igloo -- er, house -- is in Webster, New York, just outside of Rochester. The area is one of the snowiest in the country, thanks to freezing winter temperatures and the moisture of the nearby Great Lakes. In the case of this prank of nature, high winds joined in the party and coated the house in layer after layer of ice.

Photographer John Kucko captured the scene, and says the area has had some particularly nasty weather lately.

"We had violent winds here the last five days," Kucko told CNN. "Power was knocked out to 150,000 people. Some are still without power."

In case you were wondering whether some poor soul came home one day to find their house turned into an ice sculpture, Kucko says the property is actually a remote beach house that sits a mere 25 feet or so from the shore of Lake Ontario.

Also, you may notice the house behind it looks completely unscathed. Kucko says it's because that house has a retaining wall to, well, prevent slippery situations exactly like this one.